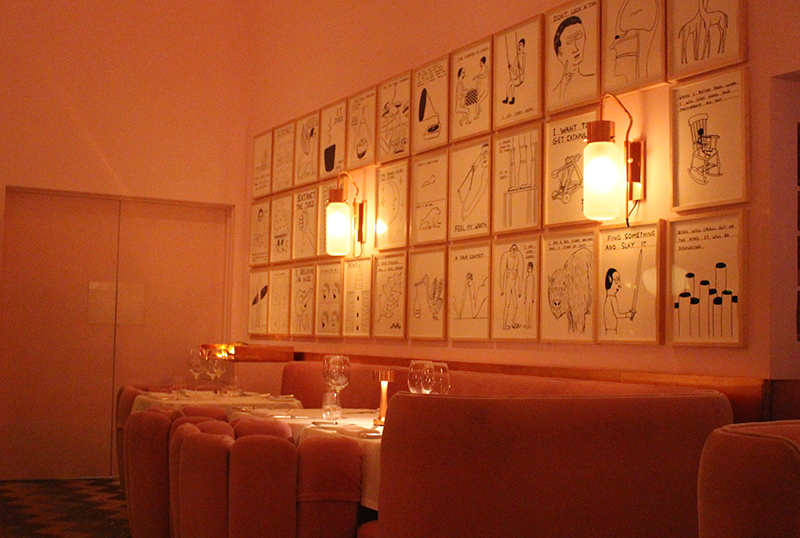 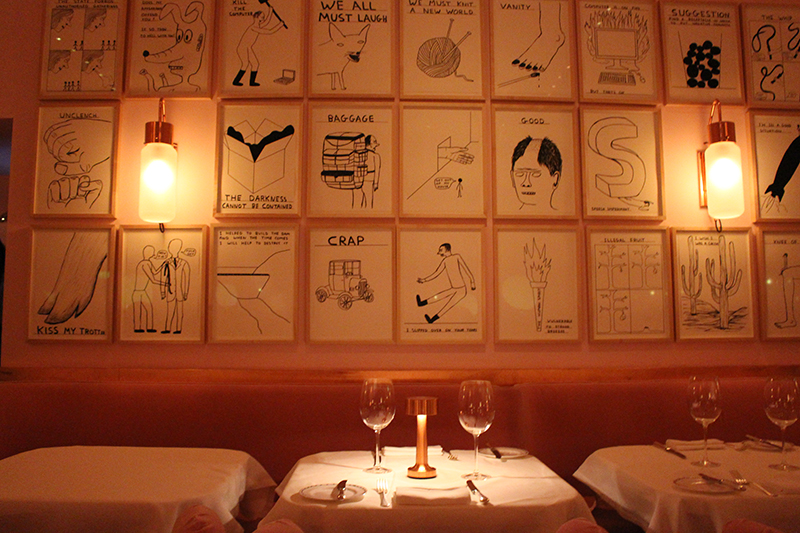 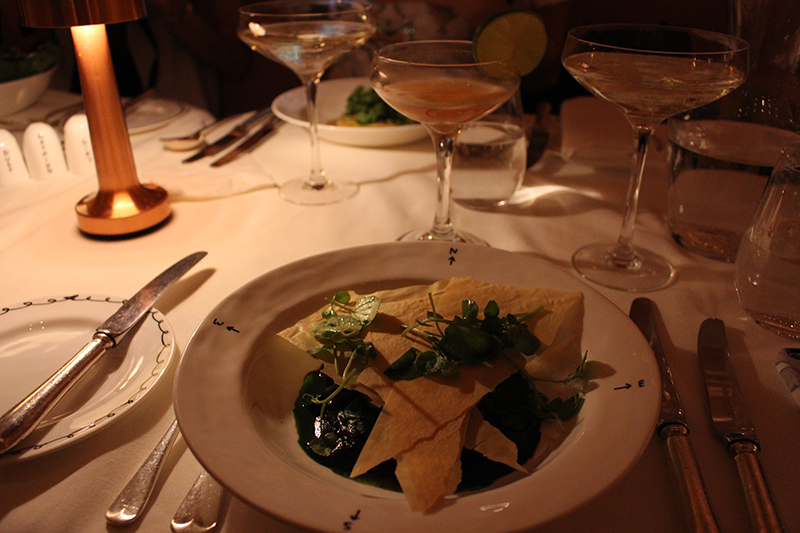 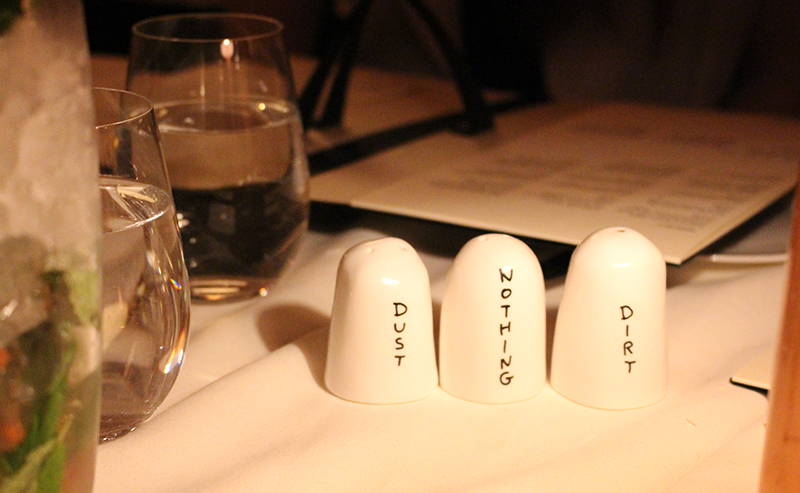 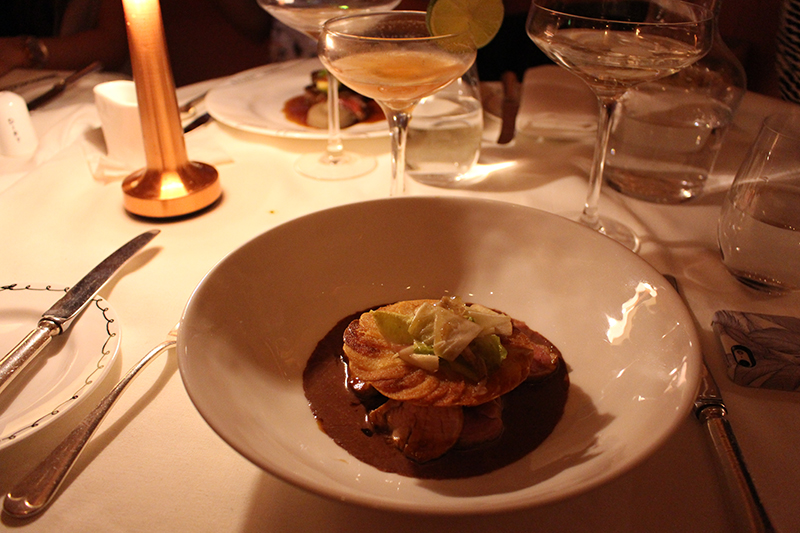 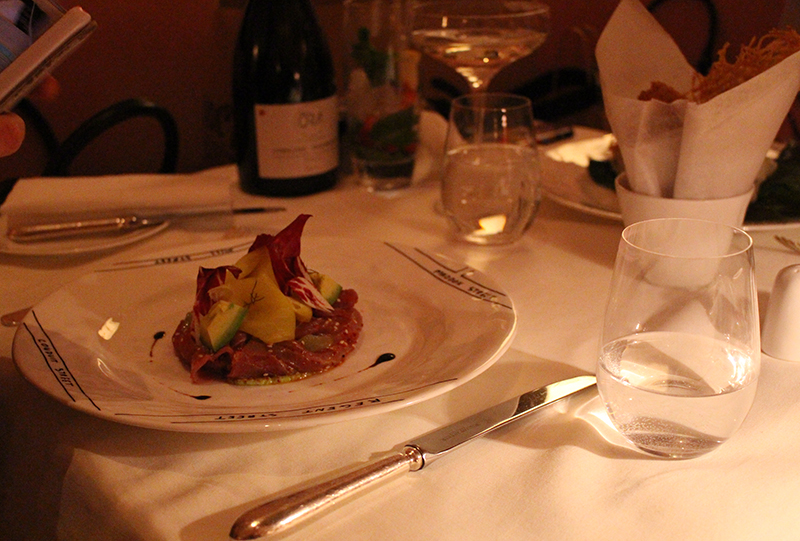 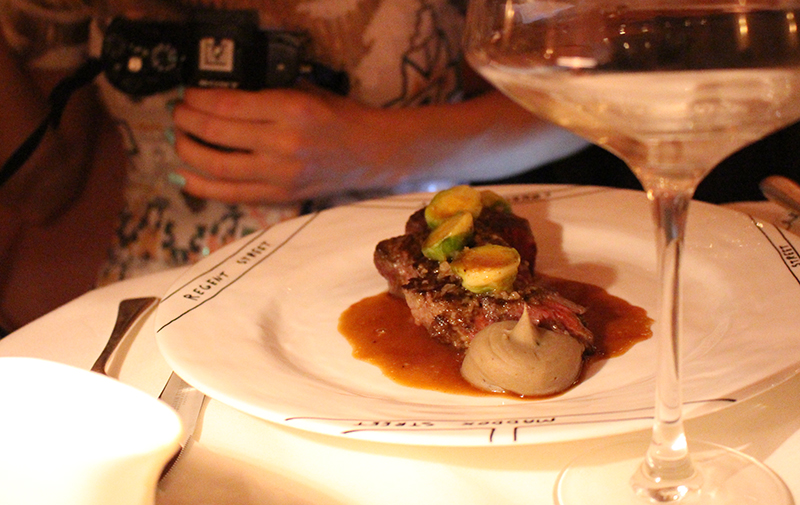 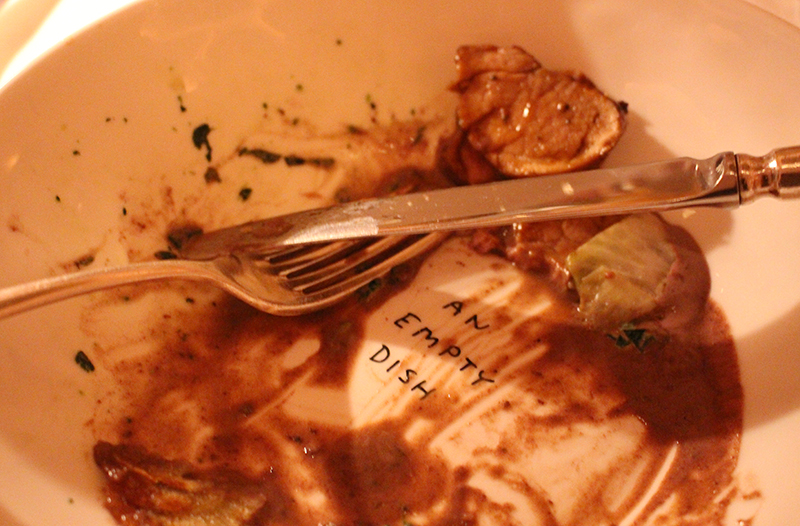 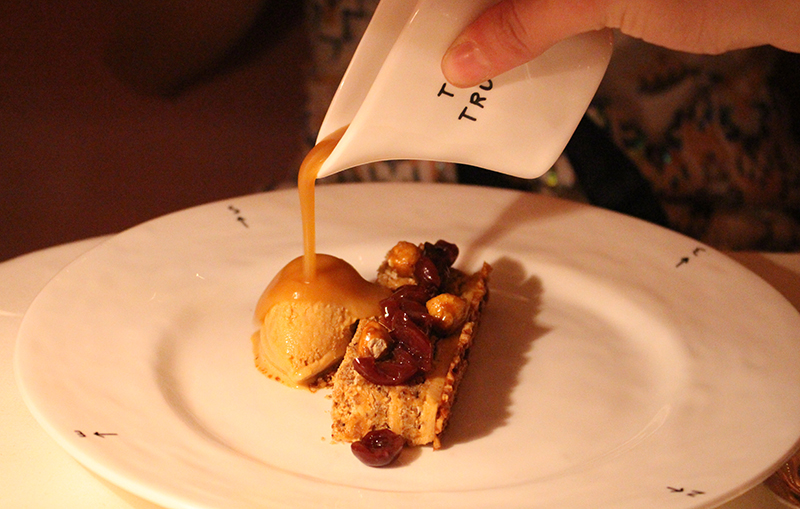 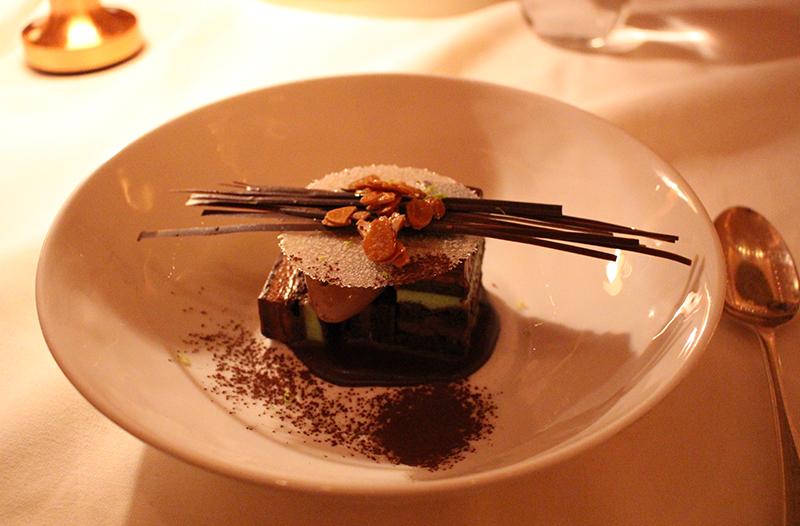 I had been meaning to go to Sketch for a while and was very excited to have finally gone earlier this week. Sketch has a few restaurants and bars but we dined in The Gallery, which is decked out in a beautiful pink interior and is showing David Shringley’s work. It’s a really unique room and I love all the attention to detail, I didn’t get to see much of the other rooms but the toilets were pretty interesting too but I don’t have photos of it so we’ll save it as a surprise should you choose to visit there.

Although I knew that the decor was amazing, I wasn’t too sure what to expect from the French cuisine menu but I loved everything I ate whilst sitting in the lavish pink chair.

Now for me this isn’t a day-to-day restaurant but more of a special occasion, you can dress up and the menu is quite pricey, especially once you counter in alcohol. The starter menu was great, anything from salad, crabmeat and foie gras. I went for the escargots which came beautifully presented, especially if you aren’t one to usually try something like snails as they didn’t come in shells and were fairly well disguised.

Picking a main was quite difficult but after deciding I didn’t want fish or pasta I went for meat more specially the Filet mignon of Duroc farmhouse pig with sage, black pudding and brandy cream, pig ear and chicory salad which sounds so much scarier than it really was. I admit I really do like to try new and usual things but once again it was presented and cooked beautifully, no real sign of pigs ear or black pudding but tasted delicious. I also had creamed spinach which was pretty damn tasty, you have to order it!

If you don’t think that pigs ear and black pudding isn’t for you than I’ve heard they also serve a mean fish & chips.

For dessert I went for Sketch Chocolate which was nice but probably not the best chocolate pudding I’ve had. The macaroons also looked delicious and not quite as heavy, the perfect way to finish a three course meal.


The service was really amazing and I can’t fault it. Although quite a luxury restaurant the atmosphere was still quite relaxed and not pretentious at all. They also have the cutest tableware!

I then went home (after all it was a school night) feeling fuller than I’d like to admit and having had a really lovely night! I already want to take all my friends for a birthday or special occasion, I might also check out some of the other bars/restaurants.

If you are thinking of going Sunday-Wednesday then they have a great £50 offer online making it much more affordable and which we made the most of.

Would love to hear your London restaurant recommendations below.