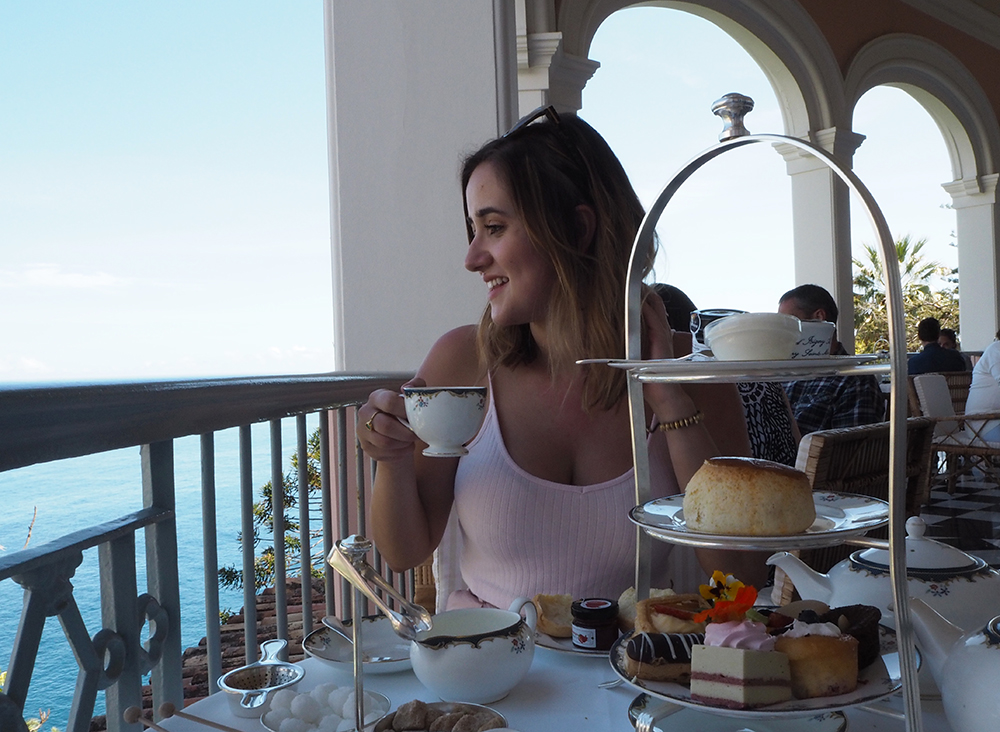 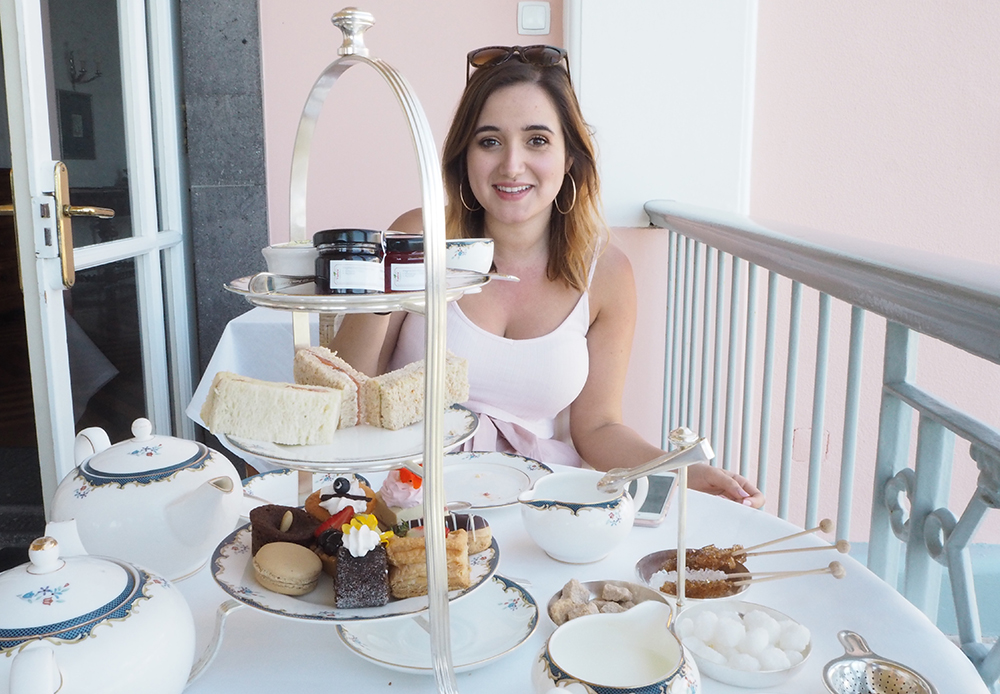 I’ve been back from Madeira almost two weeks now and I’m already missing it.

It was my fifth time there, as Michael has family on the island but I think I was starting to take it for granted;  however this time round I explored it with new eyes and fell in love all over again. I’ll do an in-depth guide soon but for now, I want to share my lovely afternoon at the Reid’s Palace for afternoon tea.

Michael had been paragliding in the early afternoon and after getting a little sunburnt watching him, we headed across the island to Funchal. I’d spotted Reid’s Palace before as it’s a beautiful pink building and seeing as I love an afternoon tea, it was the perfect opportunity to visit.

Reid’s Palace is so unlike most of the other hotels on the island, it has quite a British feel so it, which I actually love, especially as it’s very much a luxury hotel. 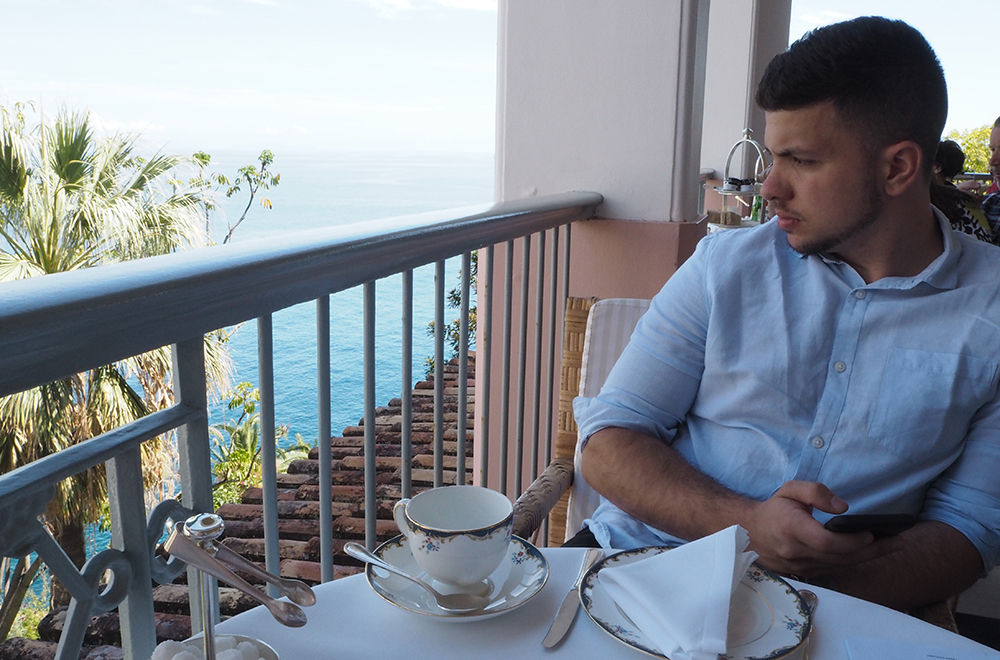 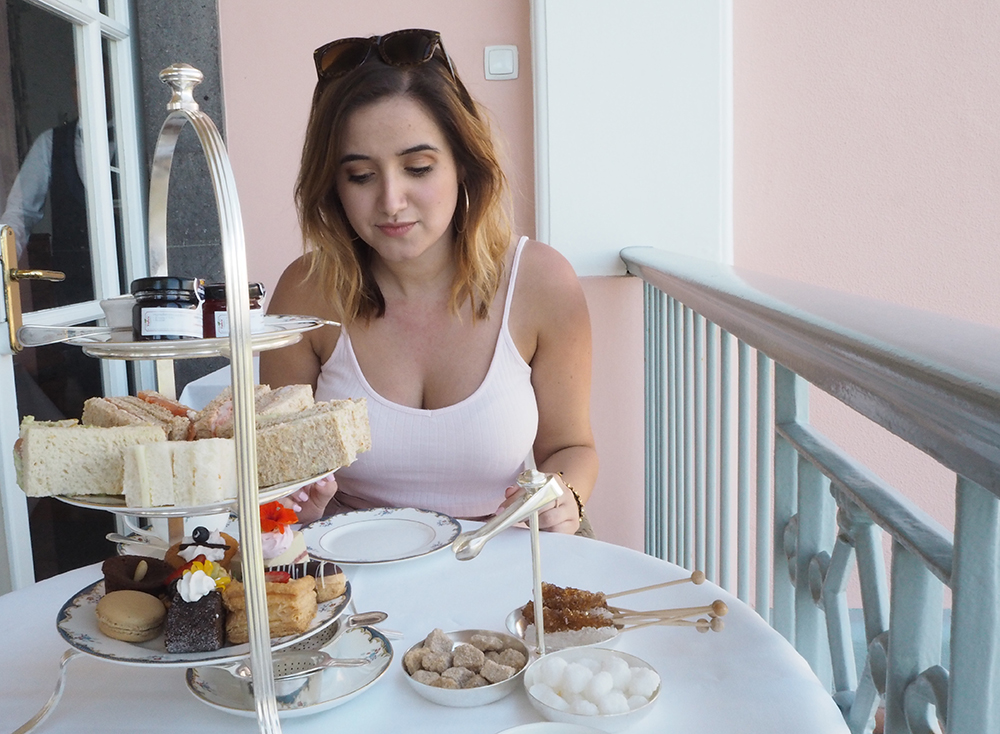 Back to the afternoon tea. Although I love afternoon tea, this was actually Michael’s first and it was a spectacular first. Afternoon tea is served on the most beautiful terrace, with an amazing sea view- unlike any other afternoon tea I have ever experienced. The tea list was extensive – which was convenient as Michael hates tea- I’ll admit he added a stupid amount of sugar but actually enjoyed the tea (or at least the sugar.)

The standard afternoon tea comes with (as you would expect) delicious sandwiches, scones and cakes, all sourced locally. It was the perfect amount of luxury: a good classic afternoon tea, in a beautiful location but nothing too showy.

The waiters were all very friendly and we may have taken them up on their offer to refill a few of the sandwiches and scones – they were just that good! 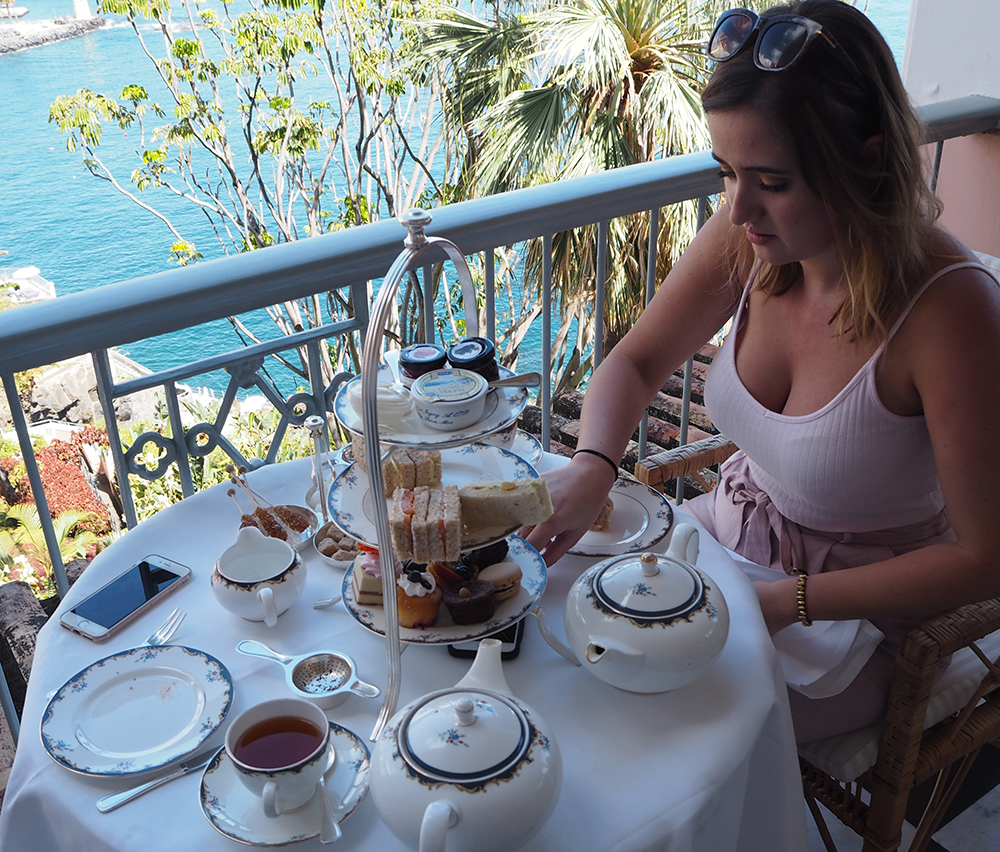 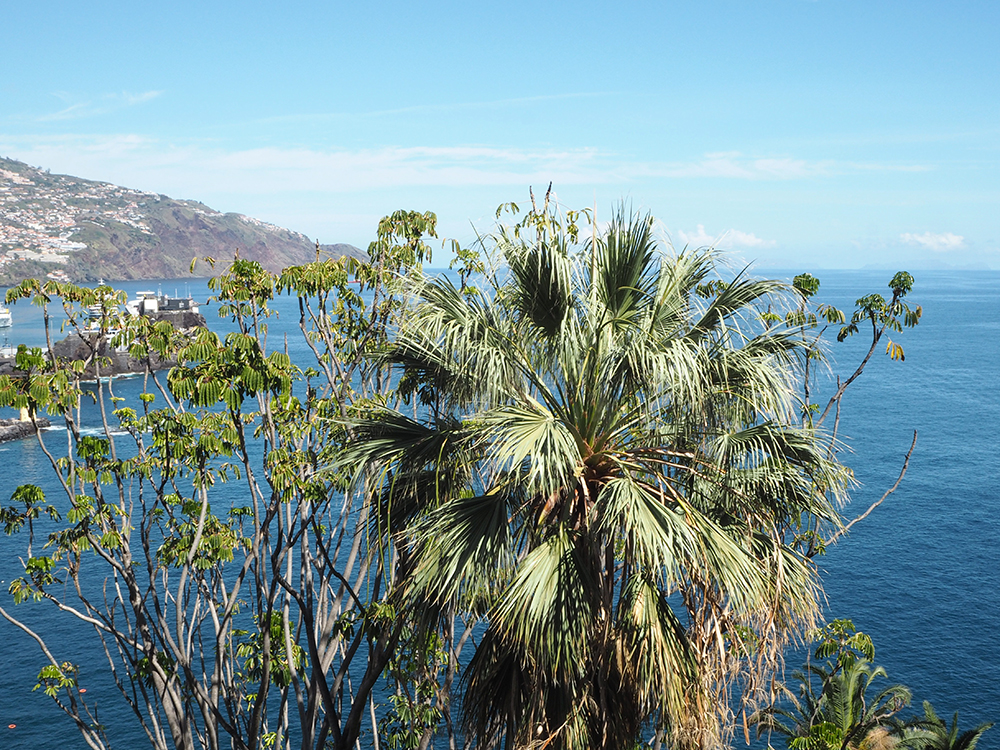 Probably one of my favourite afternoon teas ever; the setting really made it a wonderful experience.
After an hour of enjoying the view and the delicious food, we were lucky enough to be given a tour of the hotel. My favourite part was the hall which housed all the photos and history of the hotel – I didn’t photograph it but it you ever visit, I would highly recommend spending half-an-hour exploring. It was amazing to see all the iconic figures that have stayed at the hotel over the years and how the hotel has developed- the hotel is 125 years old and with the incredible history to prove it.

We explored the suites, inspired by both England and Portugal, the outdoor area, the spa and the sea area, where visitors use to dock when visiting the hotel when it first opened. 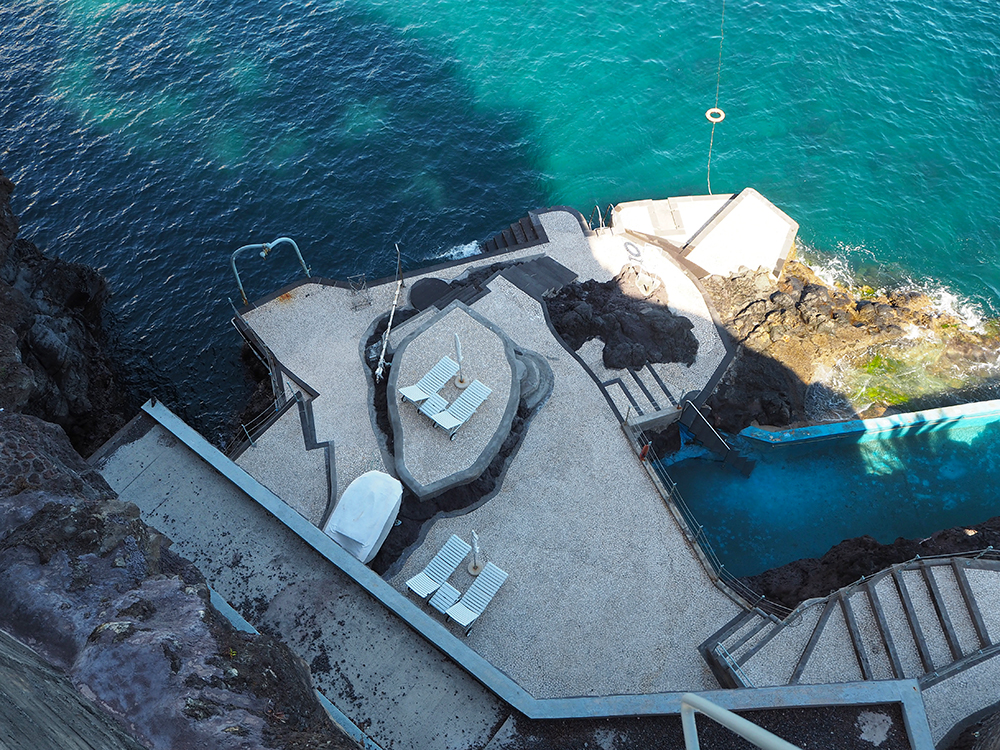 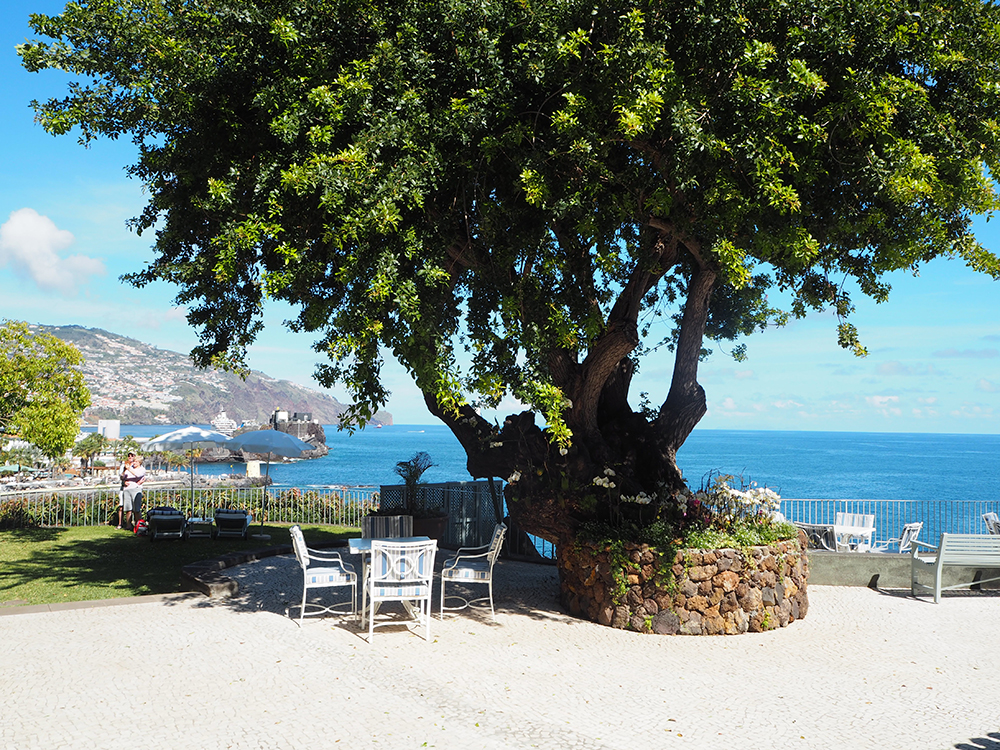 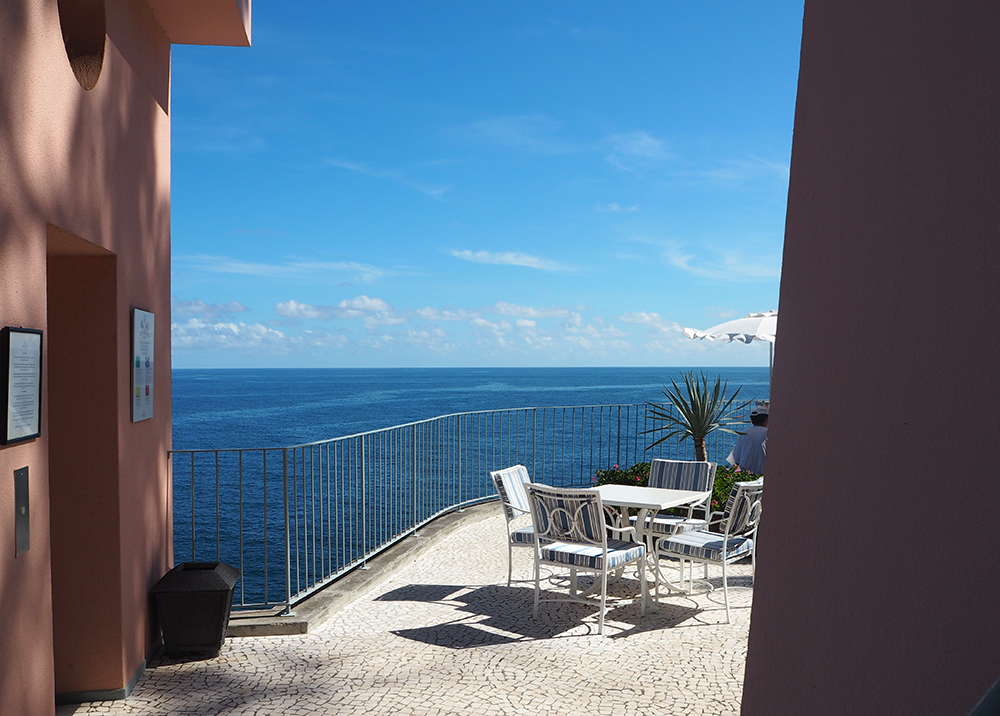 If you’re ever in Madeira I can’t recommend Reid’s Palace enough; I haven’t stayed the night but I would imagine it’s a dream. If it’s a little out of your price range then I would recommend at least popping in for afternoon tea. It’s pretty affordable, especially compared to London prices.

I’ll be back soon for another serving of tea.

ps. If you are visiting in the summer months, remember men have to wear long trousers for the afternoon tea, Michael went wearing smart shorts and had to return to the car where he luckily had a pair of trousers or the hotel would have had to lend him a pair.