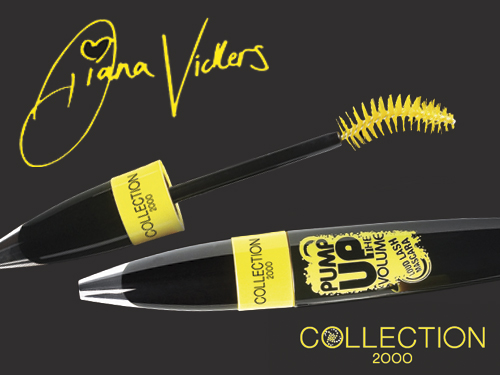 Earlier in the year I tried the Collection 2000 Big Fake Mascara and felt that for the money it simply couldn’t be beaten! When I heard they were releasing another mascara I couldn’t wait to try it. Pump Up the Volume is a volumising mascara which is suppose to be quite similar to the Big Fake Macara.

They say
‘Do your lashes need a lift. Are your peepers out of pep? New Pump Up The Volume Mascara has been specially created with added fibre and pro-keratin to boost lashes and deliver an intensely volumised look.

Add it to the Collection.

The unique curved brush holds extra product in a ‘v’ shaped well in the centre of the brush, so you get maximum coverage from root to tip, giving you a full set of lashes that are intensely volumised, bold and fanned out and the appearance of really loud lashes in the blink of an eye! .’ 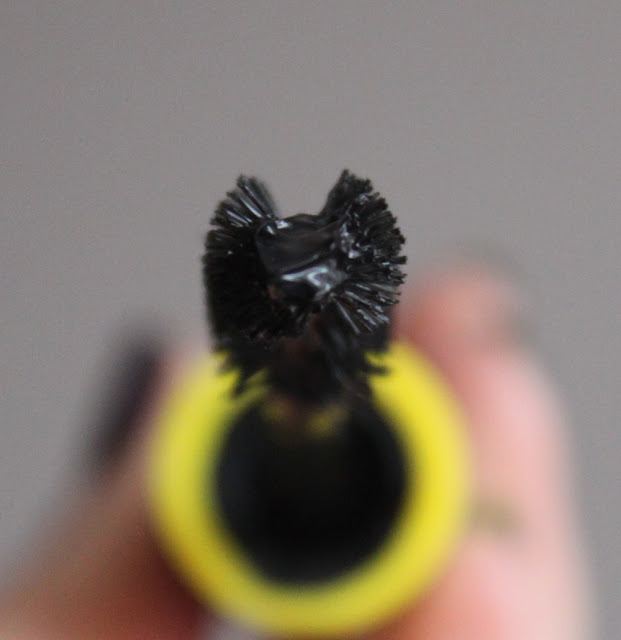 It was quite hard to photograph the brush but as you can see it has no bristles in the middle which is quite unusal, the mascara wand is also slightly curved and very large. 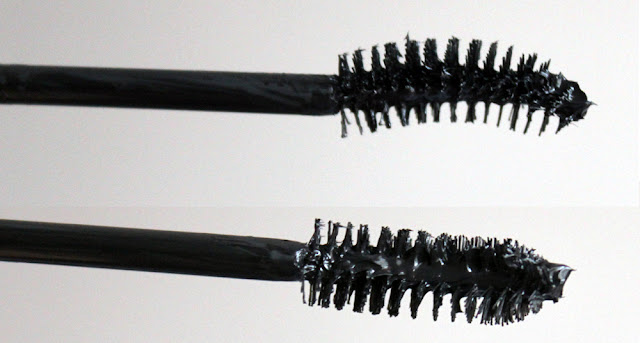 So what do I think?
As you can see from the results it is a good mascara. It added length and volume and is very black however for me it just didn’t add enough volume I wanted my lashes more pumped up! The length is similar to that of the Big Fake Mascara but the volume isn’t. If you have tried the Big Fake mascara and found it too clumpy then this one may actually be worth a try.

At just £4.99 it is worth a try if you like lengthening mascaras more than volumising mascaras and is available from Boots and Superdrugs.