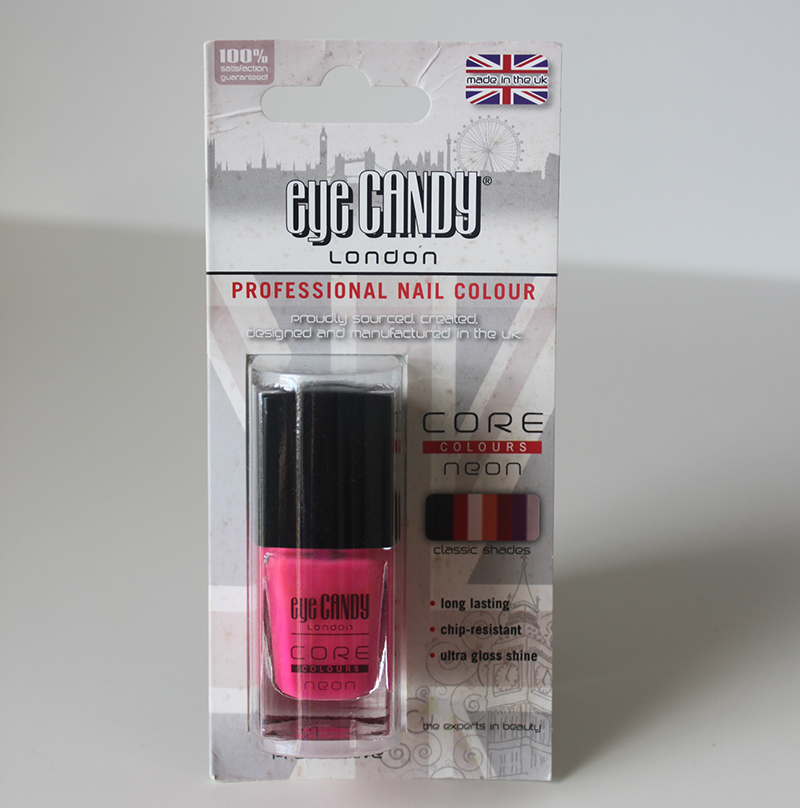 I haven’t heard too much about Eye Candy but I always love to try new products so was very excited to get these polishes in the post. I must say these probably aren’t the colours I would usually chose but I will try and no let that effect my opinion too much.

I have read that Eye Candy was to be a more affordable nail polish brand that are as good as professional polishes so of course I had to give them a go. 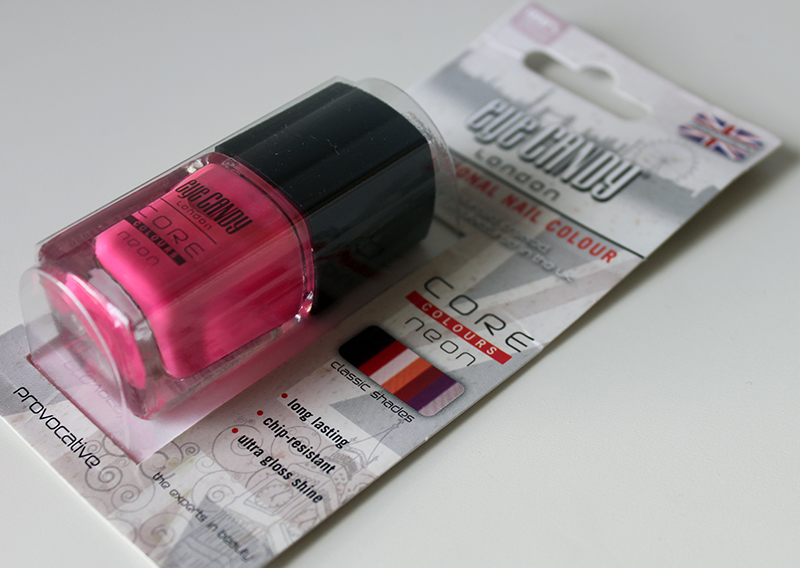 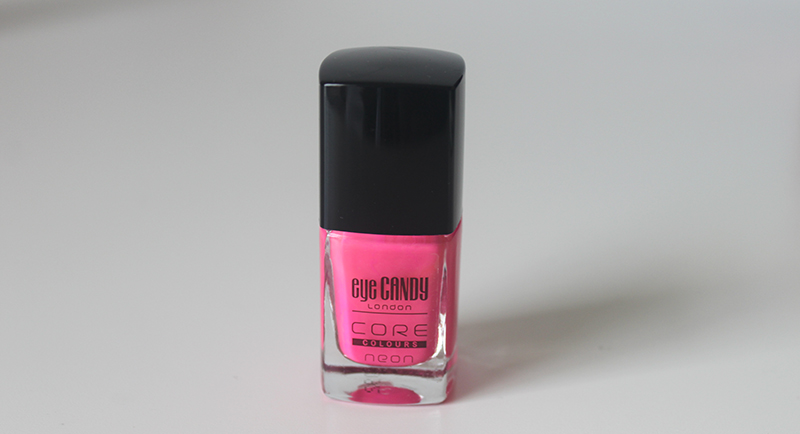 Lets start with the packaging, to me it looks a little cheap. I don’t see the need for the paper packaging but the bottle itself is okay.

The first colour I tried was Provocative a barbie pink which they sell as a neon polish although I would just say it a bright pink. Application wasn’t quite as good as I had hoped as it was quite sheer needed three coats and took a little while to dry. That said the result was nice, shinny and a really nice colour with no shimmer. 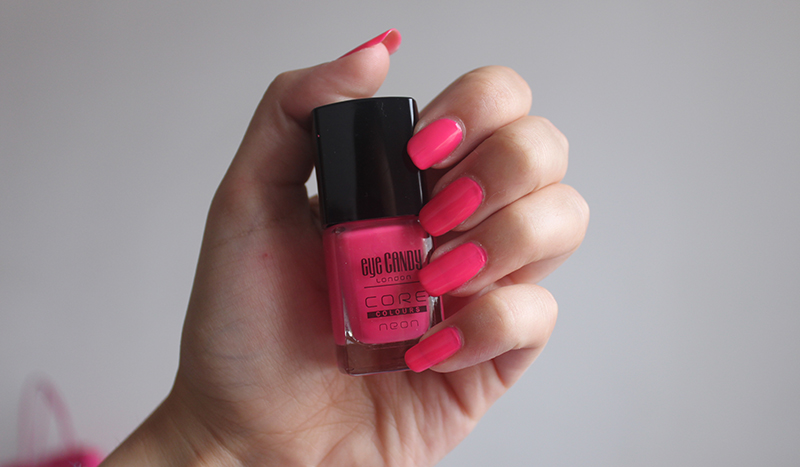 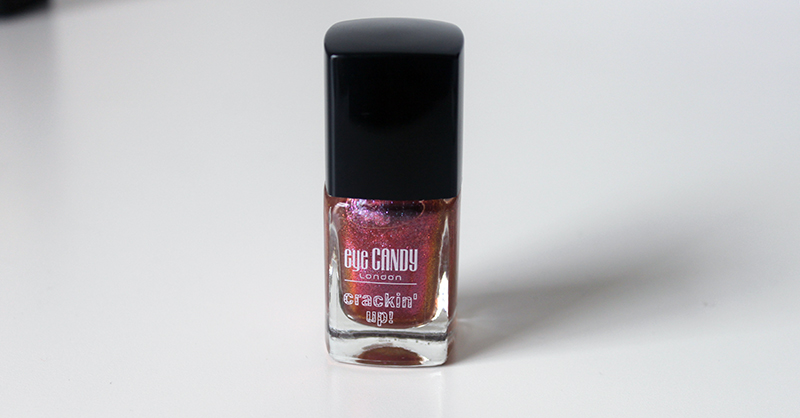 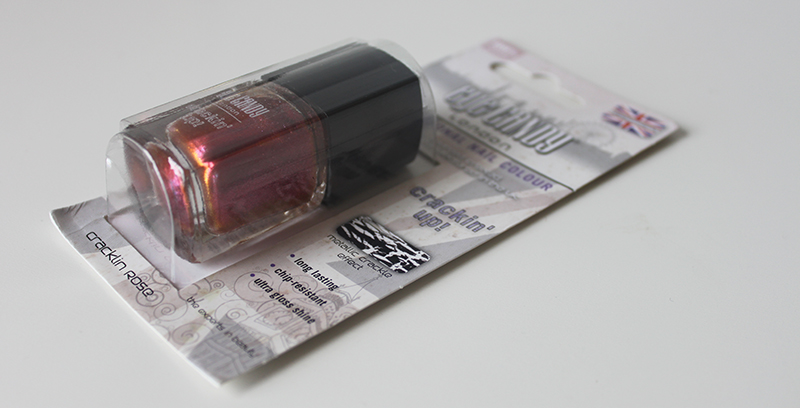 I then tried the Crackin Up polish I don’t like crackle nail polish any more and think that glitter one is even worse so clearly this polish isn’t my cup of tea. Even if I did like glittery crackle polish this isn’t a very good one, with crackle polish I think it has to be quite opaque as you can’t apply various coats but sadly this was also quite sheer. This may have worked better over a more contrasting colour but over the pink it looked pretty messy. 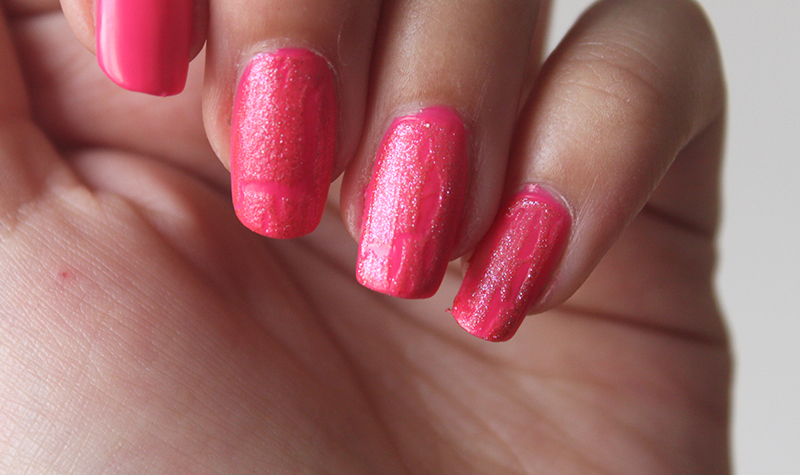 Overall I quite like the Provocative colour although a little sheer I would still be interested in trying other colours. However I wouldn’t try any of the other crackle polishes as I really didn’t like the effect.

Eye Candy London Polishes are available from £5 from Sainsbury’s
What is your opinion on Crackle Nail polish?
Twitter/ Facebook/ Bloglovin’