I think glitter nails excite a few us so when these seven Barry M glitter polishes landed through my letter box you can only imagine how excited I was. After posting an image on Instagram I can tell that you guys are also a fan! I love that you can get a different effect depending on the colour you put underneath the glitter as well as how many coats you use, you could even mix it up and layer the glitters. 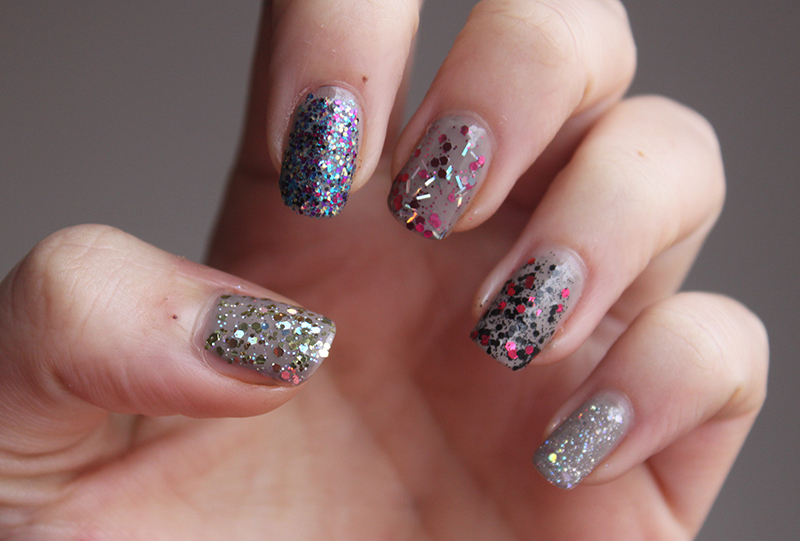 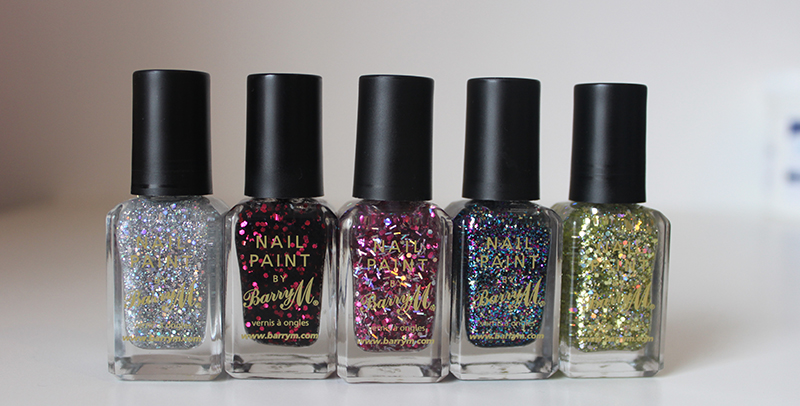 Diamond This is quite a standard silver glitter polish with a variety of size holographic glitter in a clear base.

Ruby Glitter In the bottle this looks amazing but with a few coats I. am sure it can look almost as good. It is a clear base with small and large size glitter in pink and black, the black ones are matte which I think is quite unusual

Pink Sapphire This one is unlike the rest as it has glitter that is both hexagons but also long straight one. In a clear base it comes with pink and silver glitter in a variety of shapes and sizes.

Amethyst Glitter A fun and quirky glitter nail polish it has gold, turquoise, purple, black and pink glitter which are all the same size and in a clear base. This is the most opaque glitter of the five polishes.
Yellow Topaz Glitter A mixture of large and medium yellow/gold hexagonal glitter as well as a mixture of holographic glitter in a clear base. 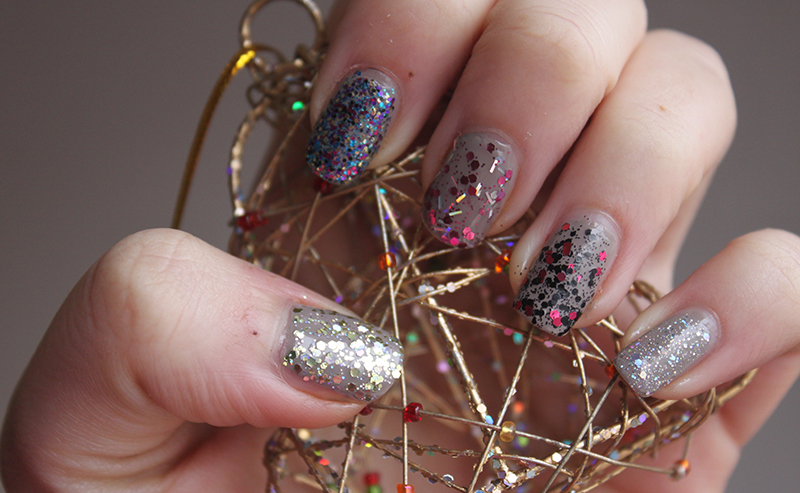 As I only have five fingers on a hand I am saving Gold Mine Glitter and Rose Quartz Glitter for later in the week so don’t forget to pop back! 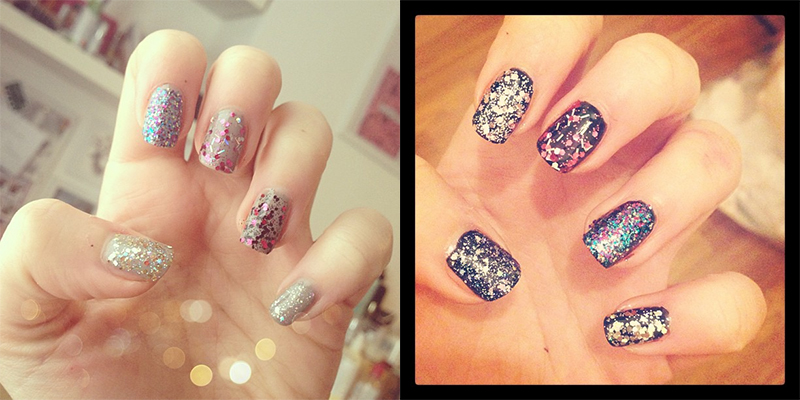 Which is your favourite glitter? What colour would you layer it on top of?
Barry M Jewel Glitter polishes retail for £2.99 from Boots, Superdrugs and other Barry M stockists.
Twitter/ Facebook/ Bloglovin’