I got a few questions on my Instagram asking about my stay in Paris and especially about the hotel I stayed at. I went to Paris last week for my 21st birthday- I went on the Wednesday and came back on the Saturday. We got a great deal on the Euro star at £59 return (keep an eye out for the sales) and decided to get a crazy o’clock train in the morning. My first recommendation is don’t do this. It meant that we just wanted to catch up on sleep rather than go out especially as we had been up the night before and therefore I got no more than 3 hours sleep, plus one hour on the train. The other thing was it was very, very cold which meant I didn’t really want to be outside, even though I was wearing three jumpers and a parka!
But onto the hotel…
We stayed at the Eiffel 7 (I will be uploading a video room tour onto YouTube soon) which was recommended by Jessica. We stayed just a single night (we stayed with family after) and payed just over £120 for the standard city double.
The hotel is quite small with just 32 rooms, which I quite liked near La-Tour Maubourg and just a 10minute walk from the Eiffel tower (which sold it to me). The other selling point was the free wi-fi (which my Mac book was unable to connect to although the windows computer was) but it also has a breakfast room, bar and terrace which we didn’t use. 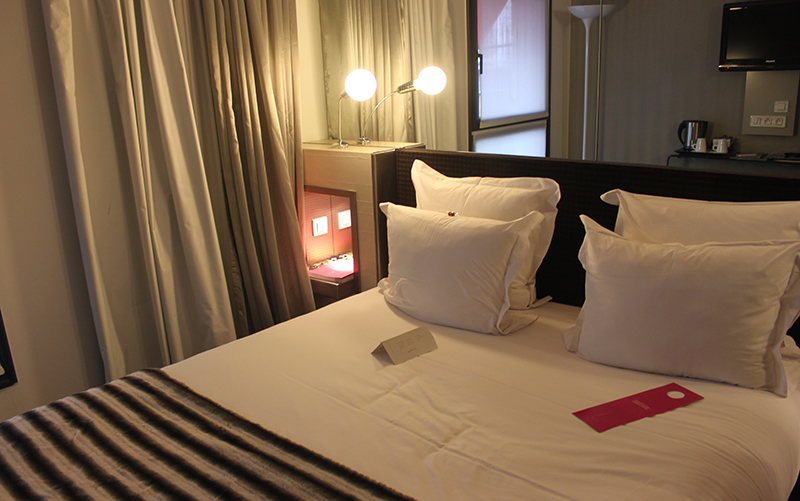 It is situated on a small road which does have a bit of traffic passing by but nothing too noisy. The lobby is pretty impressive which a bright pink wall, comfy chairs and a fish bowl. The receptionists were all friendly and knowledgable, the lift was also quite interesting with rose wallpaper and a strange floral scent. 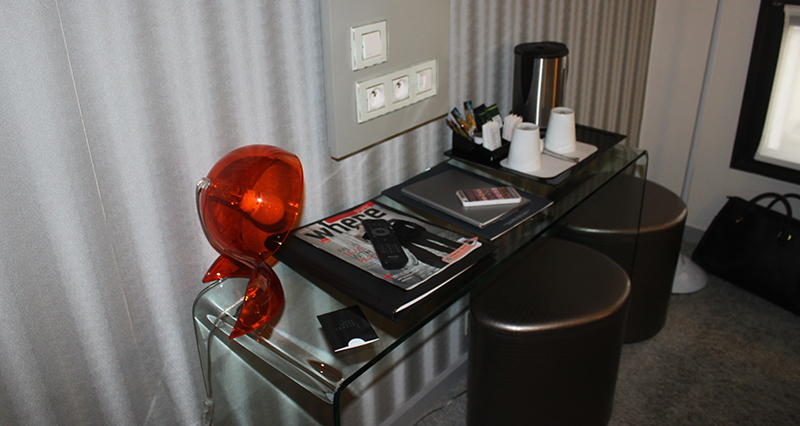 The room itself
I’ve read in various places that in Paris the rooms are usually very small and this was one of the smaller rooms I have stated in at a hotel however it was big enough. It has the essentials a large, very comfy bed, a TV, desk and a large shower room. I loved the interior decoration, very modern and clean but still very warm and welcoming. They really payed attention to detail, no over head lighting just lots of lamps, the wallpaper all looked great and it was covered in mirrors which helped the room appear bigger. 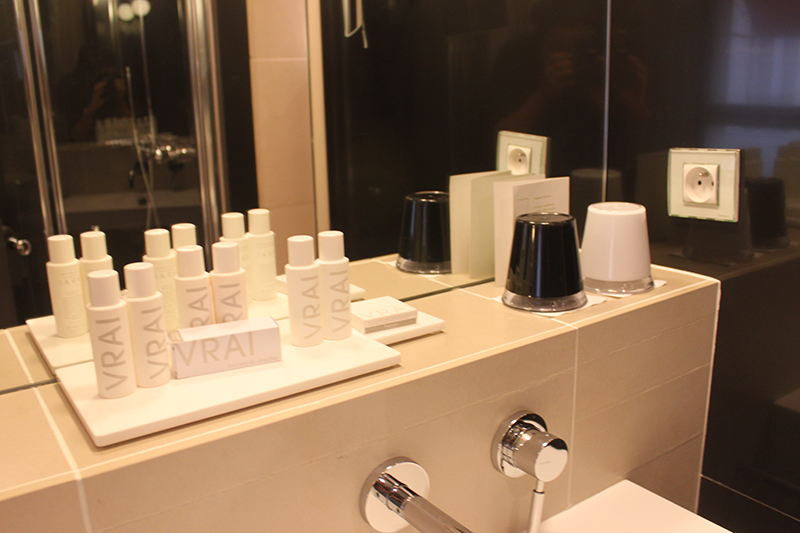 One very important thing to note is that the bath room doesn’t have a door(some rooms may but ours didn’t), instead it has a sheer curtain. The actual loo has a door but from the bedroom you can see the shower which is worth remembering if you are going with a friend and not a partner. 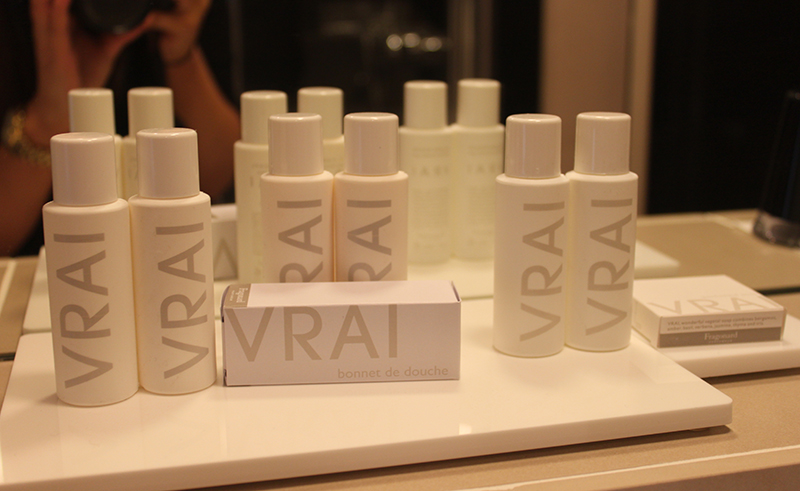 Everything was very clean, we had nice bath robes, toiletries, towels and the reception was very helpful. There is also a safe if you are worried about your belongings. They also have a luggage room which we took advantage of after checking out which allowed us to have a look around Paris without carrying our suitcases. 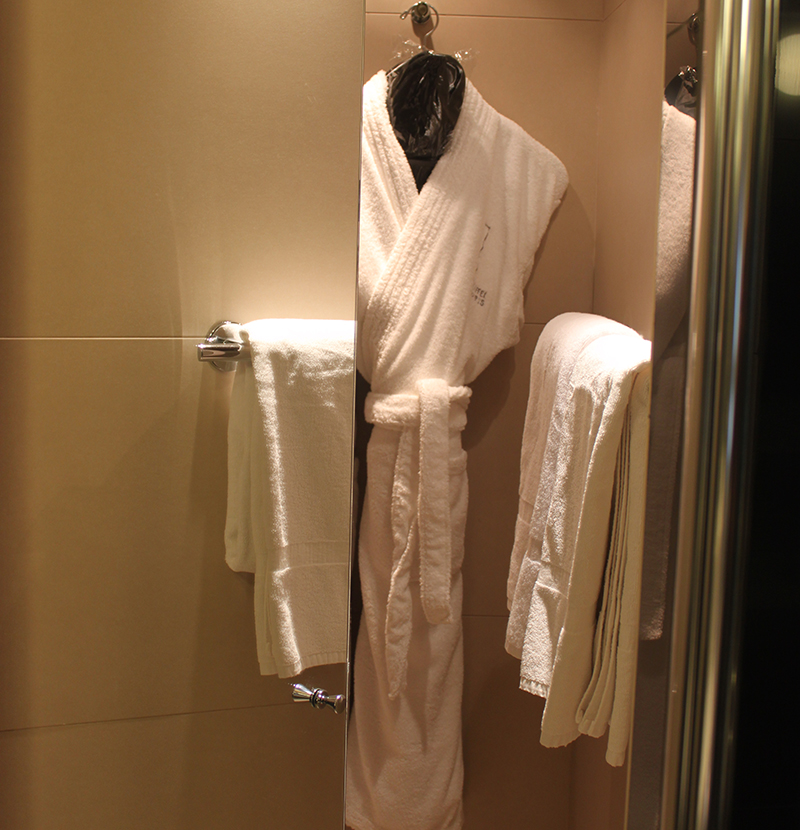 If you are looking for a hotel to stay at in Paris I would highly recommend 7 Eiffel! I would love to stay there again soon!