I’ve been back from Berlin for about 6 weeks now, I was only there three days and I am definitely not an expert but I thought I would share my own experiences, which will hopefully help a few of you.

If you’re considering Berlin then I would recommend it for a really inexpensive holiday (if your UK based), it isn’t my favourite place ever but I would go back, especially as the whole trip was so affordable. Flights from London are fairly cheap (mine were around £40 return), we stayed at an inexpensive Holiday Inn and once there most things were quite affordable too.

I’m going to be writing a blog post about how to book/plan a city trip so I am going to keep this very Berlin based.

The metro is super easy to use, download an app or even use Google Maps to find out which train you need to get on. There is an honour system when it comes to the metro so there are no barriers but be sure to buy a ticket and stamp it before getting on the train or you will get a fine.

Although the first day we used the train a fair amount we soon learnt that walking was the best way to see the city, Berlin isn’t a huge city and as long as you have comfy shoes you can walk almost everywhere.

In my opinion three days was the perfect amount of time, we done everything we wanted to and even had some time to relax and chill.

In the winter Berlin is freezing, I wore a hat, thermals and everything else that I could find. Flights are cheaper in winter but bare in mind you’ll need to wrap up warm. 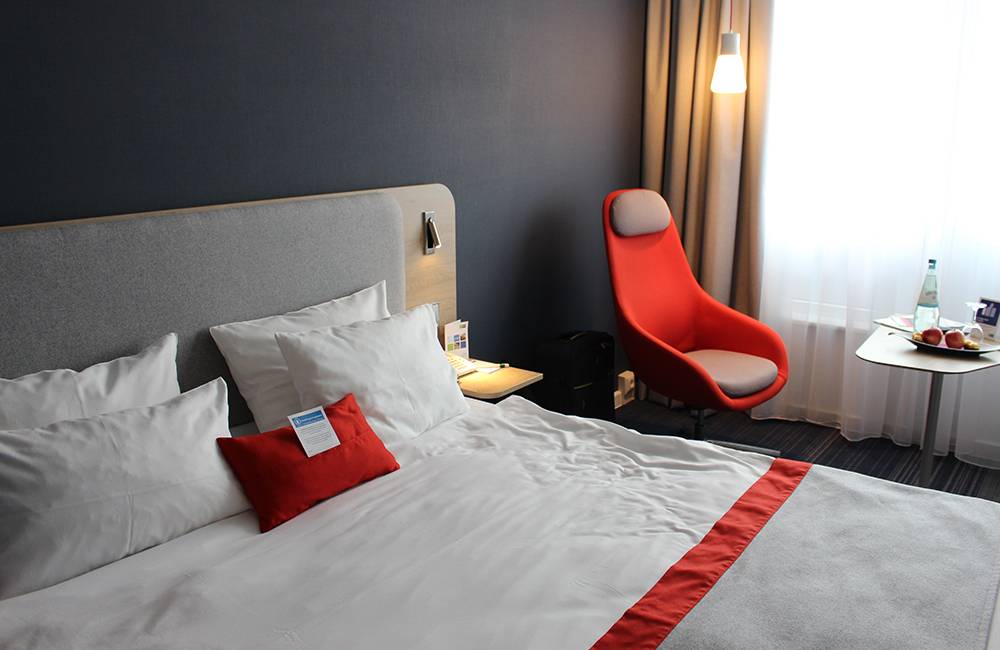 When it came to finding a hotel we went with my trusty inexpensive favourite, Holiday Inn. We stayed in the City Centre one, the location was perfect, not too busy but still within walking distance of almost everything. We had breakfast there which was really convenient and set up our days perfectly. The rooms aren’t huge but they were all we needed and most importantly were clean and comfortable. Of course it isn’t an overly luxe boutique hotel but if you need somewhere to lay your head that won’t break the bank I would highly recommend it!

After arriving just before lunch time and dropping our suitcases at the hotel we headed to Burger Meister, a old public toilet which has now been transformed into a cool burger place. It’s got great reviews on Tripadvisor and I must admit it didn’t disappoint. We each got a burger, shared some fried and it was both ridiculously cheap and delicious. 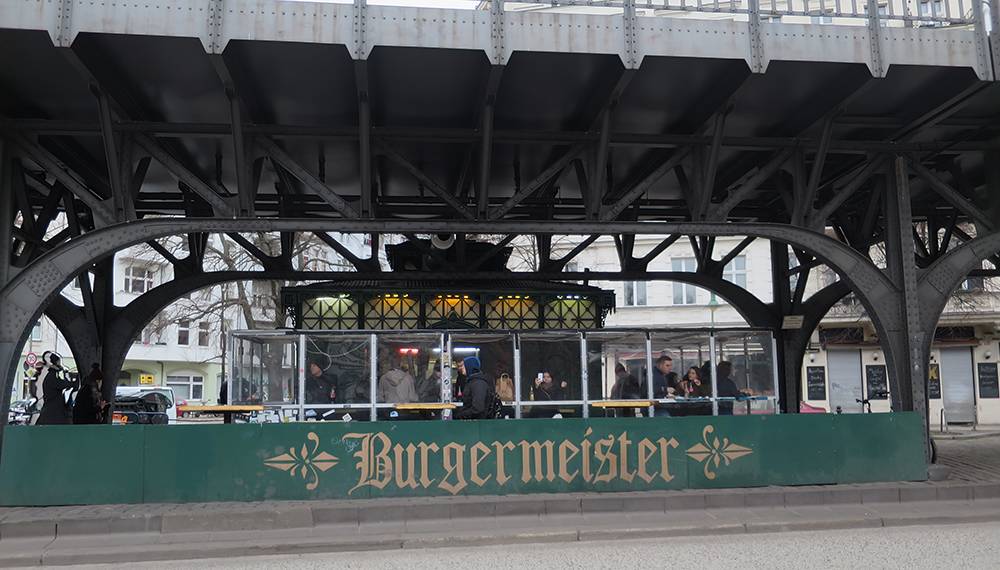 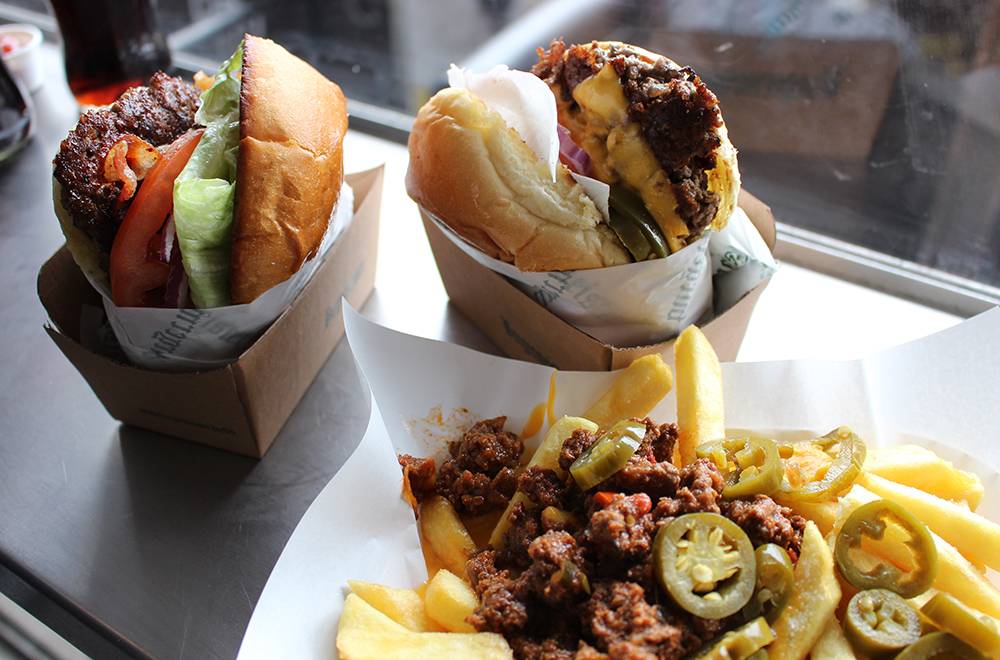 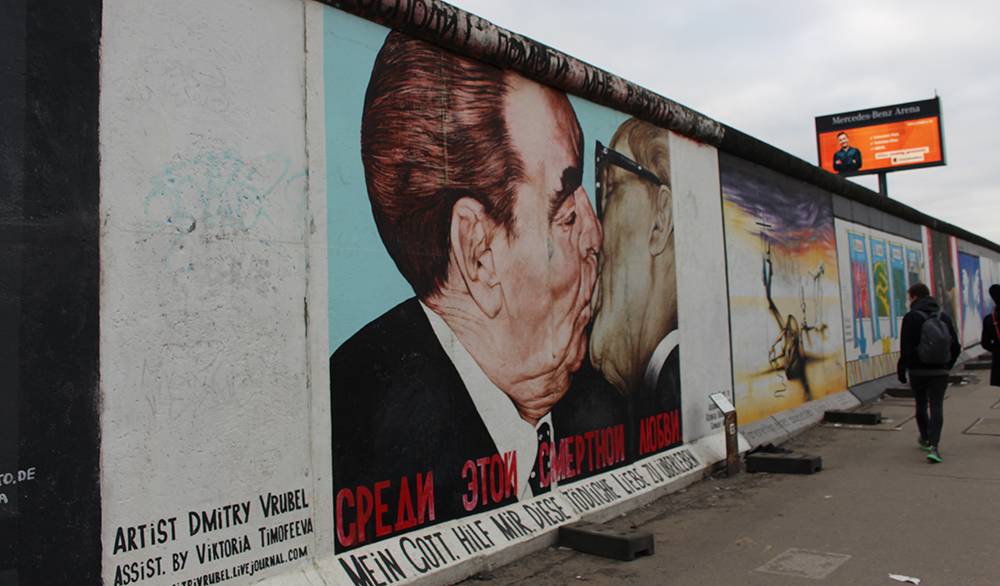 We then took a stroll to the East Side Gallery which is a 1.3km section of the Berlin Wall, it’s a huge piece of German history and there are some really iconic images on it.

Whilst looking for the Berlin Cathedral we also passed Unter den Linden which is a well known boulevard there but sadly it was under construction so wasn’t as impressive as it probably usually is. We had issues getting to the Berlin Cathedral too as many roads were closed (due to a politician visiting Berlin), although we managed to find it and have a look around the outside the inside was closed and we decided to save this for another visit.

We then walked towards the Neptune Fountain, the base of the Berlin TV Tower and AlexanderPlatz. We didn’t go into Berlin TV Tower and I wouldn’t really say these are a must-see but nice for a quick look around. We did then make a cheeky stop at Ritter Sport Bunte Schokowelt, which is a fun chocolate shop (think the German M&M world) and naturally we bought some chocolates for family members (& ourselves.)

After warming up in the hotel we went to dinner at Vapianos Potsdam Platz, although it’s a chain and we try not to eat at chains when abroad neither of us had ever been to Vapianos and since it originally started in Germany we thought it was okay. It was a fairly short walk from our hotel and gave us the opportunity to see Potsdam Platz at night, plus the pasta was delicious! 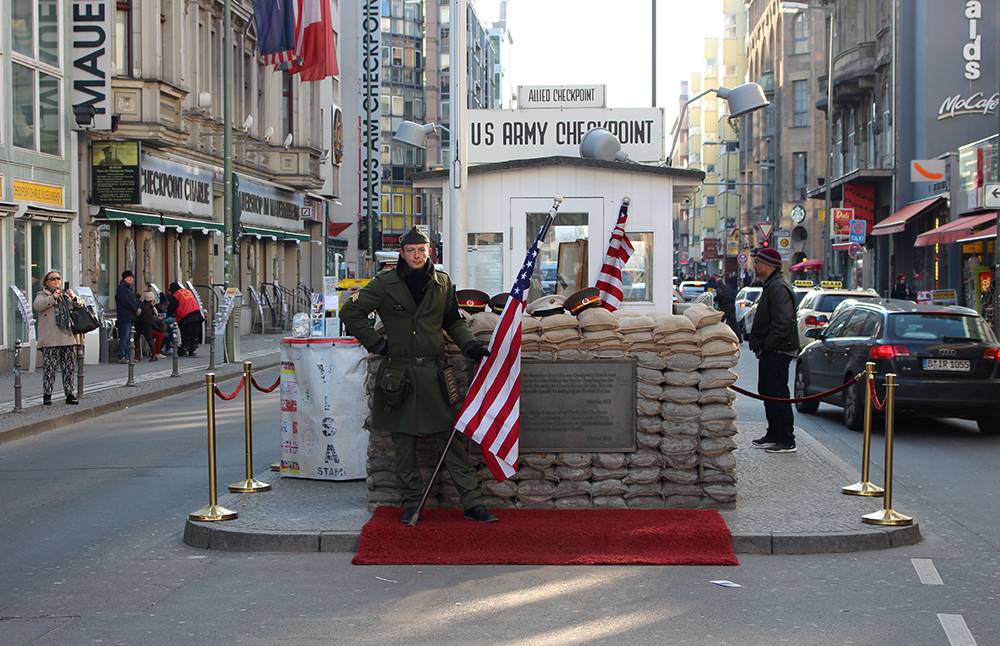 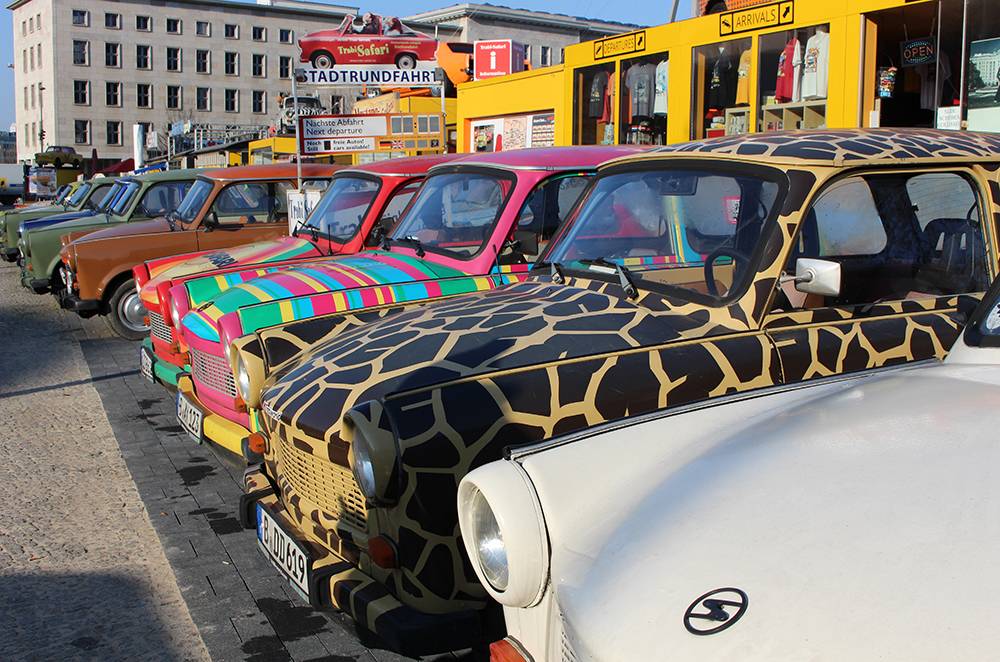 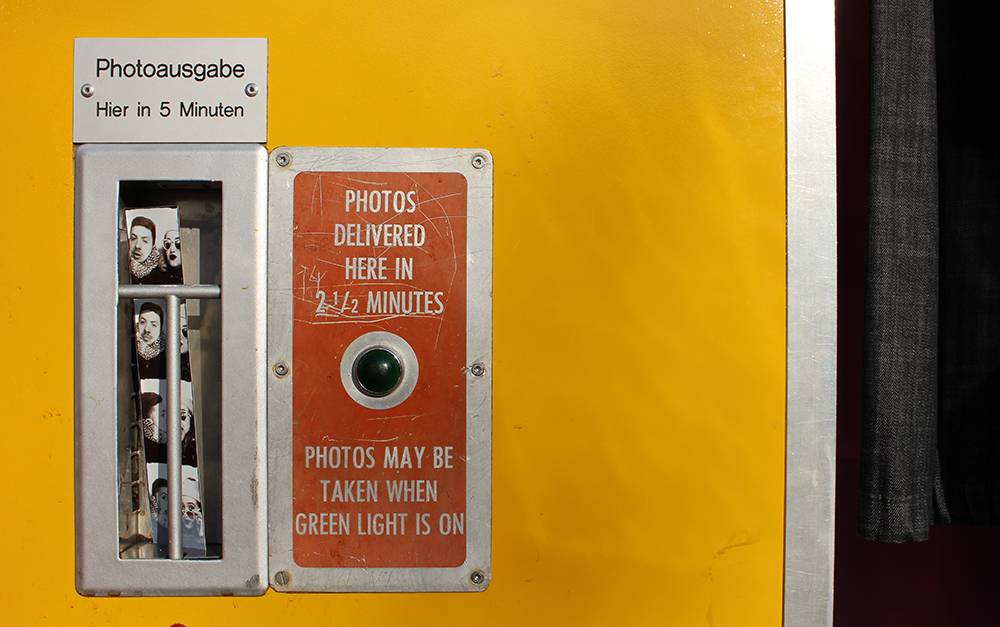 We started day two quite early, having had breakfast at the hotel and realising that most museums didn’t open until 10am we headed to Check Point Charlie. It was originally a point crossing between East Berlin and West Berlin during the cold war, it’s now just a photo opportunity  and overly touristy. It’s worth walking past but I do wish that the men dressed in army uniforms weren’t there as it almost seems a little disrespectful.

Just round the corner from Check Point Charlie we accidentally stumbled upon Trabi World which is house to lots of Trabi Cars, which were the most common vehicles in East Berlin. We didn’t rent one this time but I think I probably would the next time I go back, for us it was just a fun places to walk past and take a few photos. If you do visit, make the most of their photobooth, it’s only a few euros and a nice token of Berlin.

We then started our museum visits at Topography of Terror, an outdoor and indoor history museum. I’ll admit that I was a little overwhelmed by this museum, there was a lot of writing and a lot of photos to get through but it is very informative. Our next stop was the Holocaust Memorial which is worth a visit and doesn’t take too long to explore, we didn’t realise that there is a free museum underground so that’s worth noting as it’s suppose to very engaging and touching.

It was then a short walk to Brandeburg Gate, it’s a touristy sight but also a great piece of history so worth a look. We were planning to also visit the Reichstag Building day two but discovered you had to pre-book tickets so instead spent an hour queuing to book a ticket for the following day.

Lunch was at Treffpunkt Berlin which is apparently a German classic, I would probably skip this, it was very average tasting and a little greasy for my taste.

Our next stop was the Palace of Tears which was once the train station border crossing, it was probably one of the most interesting places we visited and I’d recommend the audio tour if you have the time. We followed this with a train to the Berlin Wall Memorial which is worth a look but we didn’t spend too much time here but partly because it was so cold and started to snow.

Also up there with the most interesting places was the Jewish Museum, it’s different to the other ones we visited and more like a traditional museum you would see in London. It was a really educational, thought-provoking museum with lots of rooms and things to see and do.

For dinner we faced the Mustafa Kebab queue which I’ve heard can be hours long! We were lucky it was a really cold night so the queue was a little shorter and we only waited an hour or so. Rumour has it that these are the best kebabs ever and I’ll admit they were pretty good although I am not a kebab connoisseur. As you can imagine it’s super cheap and there also isn’t anywhere to sit as it’s a street stand not a restaurant but still worth queuing for! 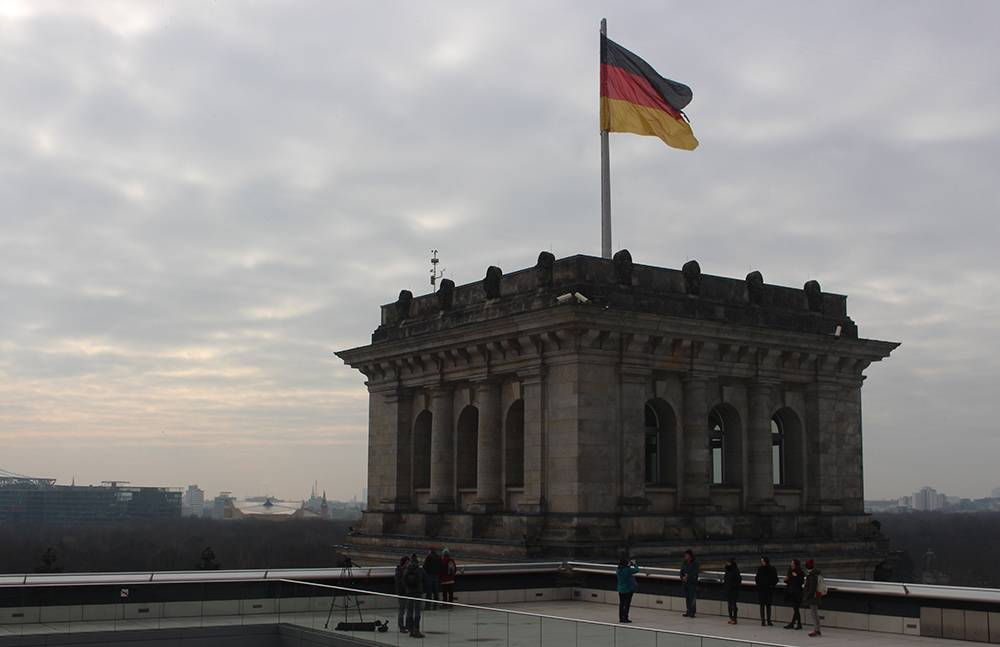 Our final day in Berlin was a pretty relaxed one, we had booked tickets for the Reichstag building the day before but I would really recommend doing this online as you’re unable to book tickets for the same day and the queue to book for the following day was long (and cold!). It’s free to get in so I would definitely recommend visiting it and even listening to the audio tour. The audio tour gives you a great overview of Berlin’s history and architecture plus the view is beautiful!

We ended our trip by buying a few fridge magnets as a souvenir and chilling in a cute little coffee shop.

I’m off to Rome tomorrow so I would love any tips and recommendations in the comments. Also follow me on Snapchat for live updates from Italy, username: alittleobsessed