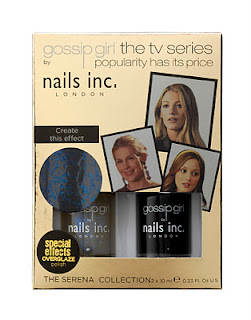 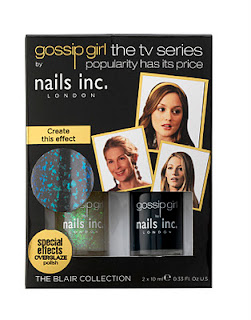 I love Gossip Girl and have been watching it religiously since it first started I love the watching all the gossip and scandal which happens in New York City’s Upper East Side and the new season is even better then the rest! 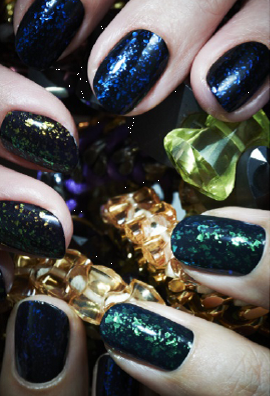 Nails Inc have released three new special effect nail sets each with a ‘overglaze’ top coat and each set name over some of everyone’s favourite characters Lily, Serena and Blair. 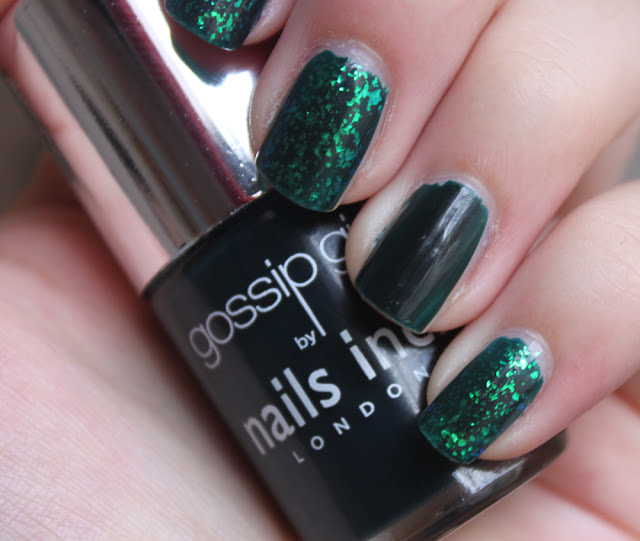 I have been trying out Blair a very dark teal colour which is teamed with Privileged a green/blue top coat. 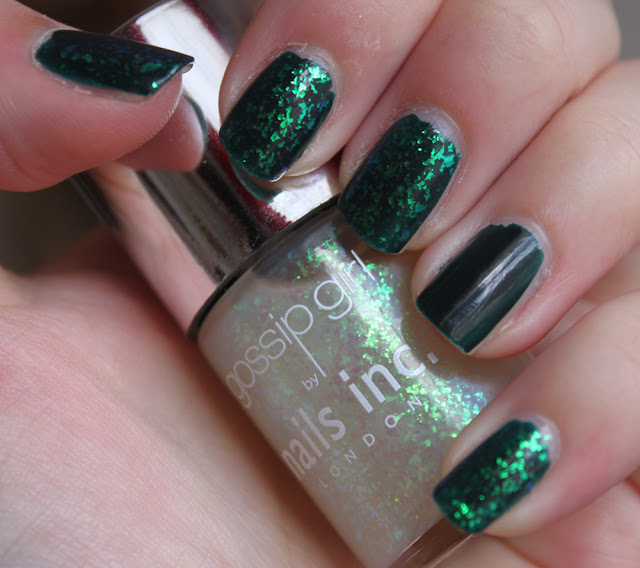 I love the base colour perfect winter shade, almost black deep teal colour. I thought I would also love the topcoat but to me it looks a bit like fish scales and reminds me of a mermaid. This isn’t necessarily a bad thing but personally I was hoping that the top coat would be a little more gold. However saying that lots of people have said that they do really like it so this may just be me that doesn’t quite understand it. Another thing that bothers me a little these nail polishes don’t really say Gossip Girl to me, would Blair really wear this colour? 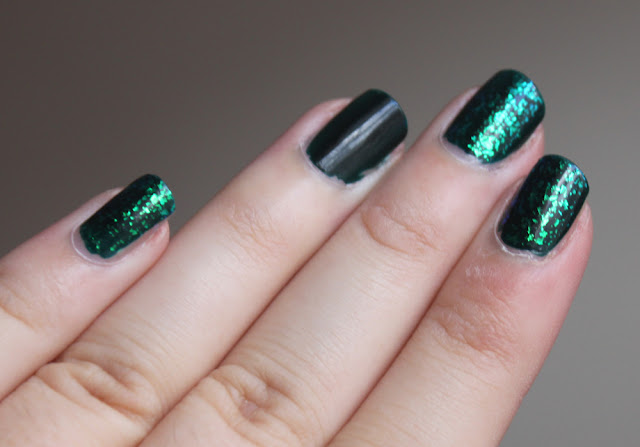 I would still be quite interested in trying Serena it looks a little different to me and I think this sort of effect would suit blue far more.

What do you think of the collection?

Collection is available from Nailinc.com and each set retails at £20.
Sabrina X