If you follow me on Twitter you may know I am not a fan of tattoos however when I received the press release for this Skin Art Temporary tattoos I was very excited!

There are four kits; a glitter tattoo kit and 3 temporary tattoo kits to chose from. 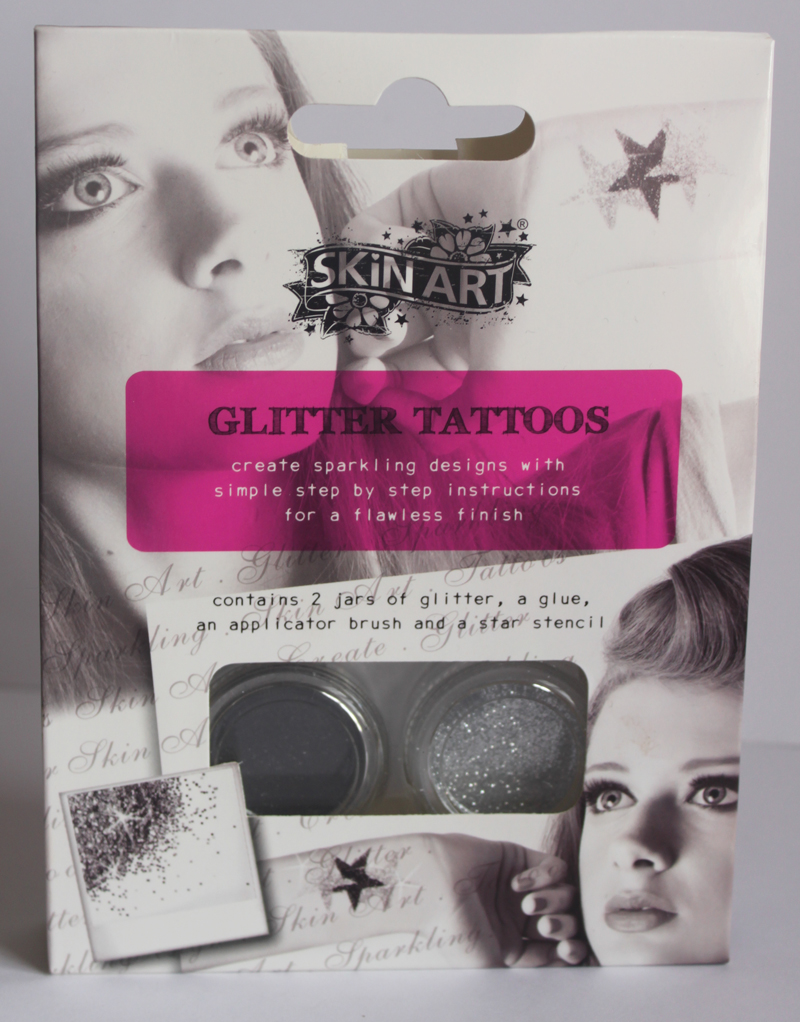 The Glitter Tattoo Kit
The glitter tattoo kit is for me the least appealing as I think it is a little tacky. It comes with two glitter jars (a black & a silver one), a glue, brush applicator and star stencil. I actually haven’t used this so can’t give a good review of it but I know its a product I will get little/no wear out of. I just can’t see a time when I actually want a glittery star on my body.

Temporary Tattoos
I love the idea of these temporary tattoos and have already had a go with a couple. The sets each come with 3 sheets of tattoo and I think all the tattoos are really well designed and look very feminine. I always think a font and the thickness of lines on a tattoo is so important to keep it looking dainty and pretty. Although these are temporary tattoos I think they have got it spot on! Each set is also quite different from the other so theres a few things to chose from. 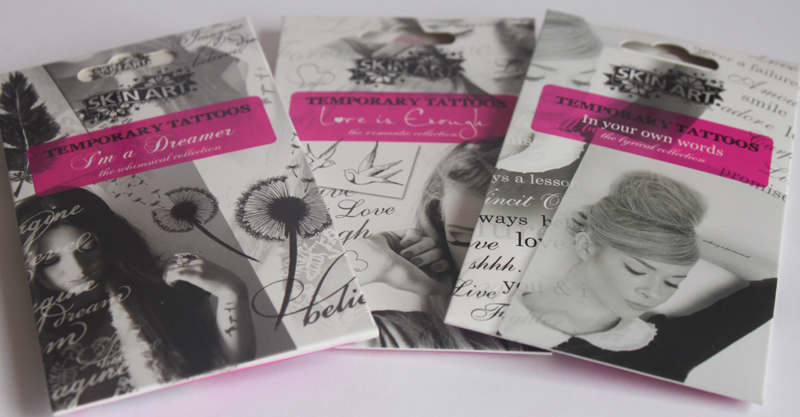 The application is easy; simply cut the tattoo you want out of the sheet, lay it down where you want it and dampen the back of the tattoo for 60 seconds, then simply peel off. They last about 3 days on me but can be removed with some oil. I know some people may think thats not a long time but for me it was perfect I would of got bored it I had them on any longer. They look very real and no body suspected it was fake, they are far different to those you associate with your childhood. 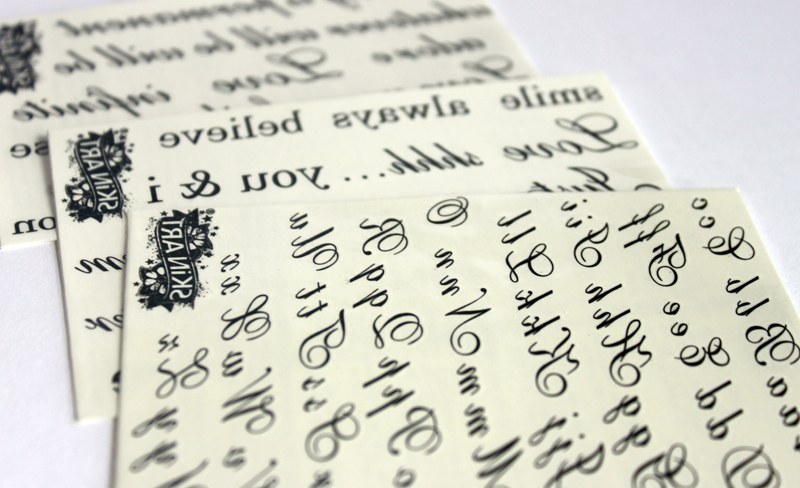 In Your Own Words has a mixture of quotes and letters in very pretty writing. This kit actually has my favourite tattoo which is the one that reads ‘Nothing is permanent’ but also has celebrity inspired quotes such as ‘Shhh….’ There is a sheet with all the letters on which I don’t think you will ever get full wear of. 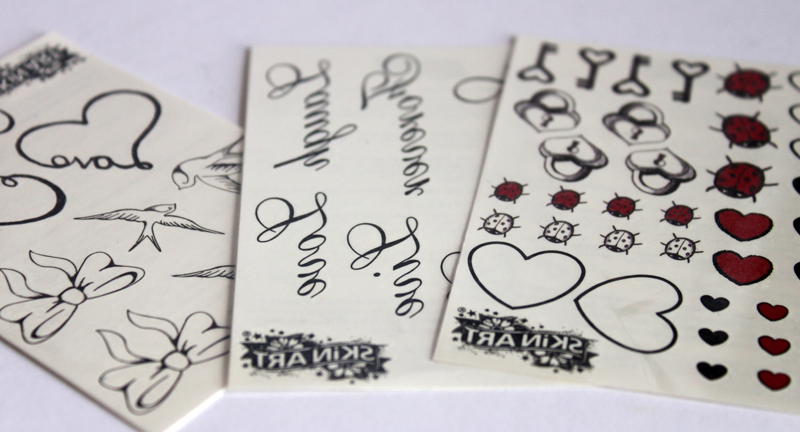 Love Is Enough is the love collection with love hearts, bows, birds, lady birds and more. It has a few red coloured tattoo’s which I personally dislike and think would look really fake.

I’m a Dreamer is the whimsical collection and the one I was initially drawn to the most as it has stars, birds, feathers and a few words.

Out of each pack I would say there is a stand out sheet but overall I think they are a lovely little collection. They retail for £7.99 which I think is a decent price as there is a lot of them in each pack. I will be using them over the next few weeks and saving a few to take on holiday. They really just a little bit of harmless, temporary fun. 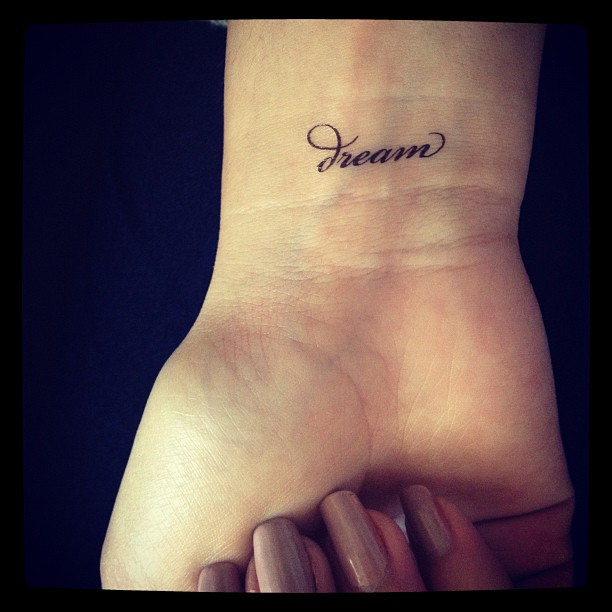 They are available from Boots