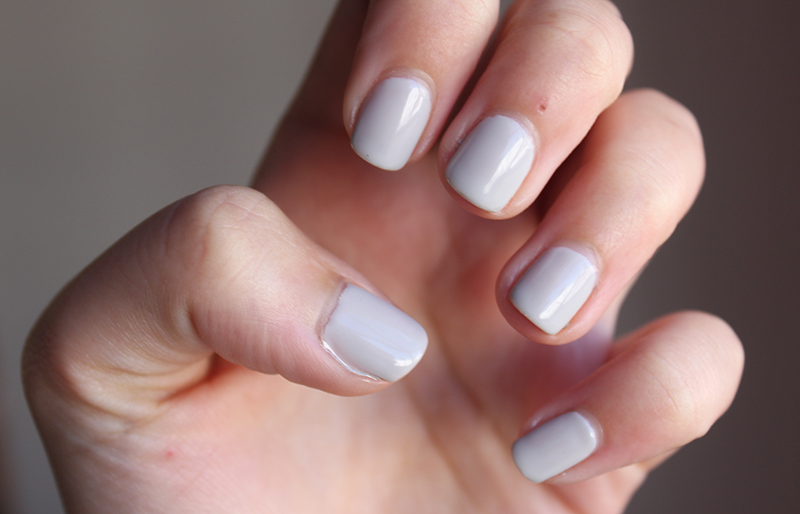 Three weeks ago I got my first Shellac Manicure done at the Handpicked Media LFW suite by Ted Baker and was super excited! Its important to note I have never tried fake nails such as acrylics other than some press-on ‘s one and I haven’t had gellish or biosculpture so I am not too sure what I am really comparing Shellac to. Shellac is a polish which they apply over the nail and then set under a UV light, it isn’t a nail extension but does make the nails quite strong (whilst on) meaning used for a long time you can achieve longer nails. 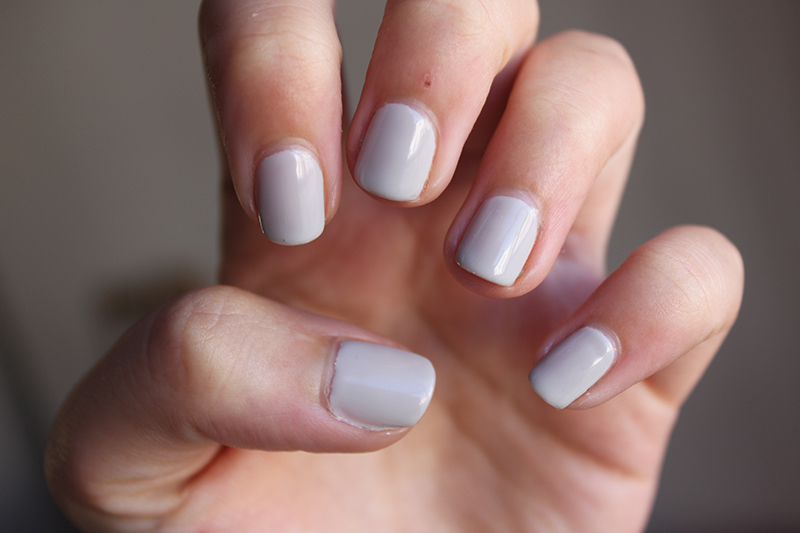 I chose a grey as the colour selection of Shellac isn’t great although I think it is something they are expanding. I personally like crazier colours; mint greens, Cian Blues and vivid purples but with Shellac you are given the option of pink, light pink, dark pink, red, dark red and very neutral french manicure colours with the exception of a few muted grays.

It is applied in sheer coats and then placed under the UV light, I had about three coats applied but it wasn’t quite as opaque as I would had liked. I love that the UV light means the colours dry instantly which is especially nice at an event where you need to grab your camera in one hand, handbag in the other and somehow balance a drink too.

I went home pretty happy with my nails; they were very shinny, a nice colour and for once not smudged, although my thumb had some polish on the skin surrounding the nail too. 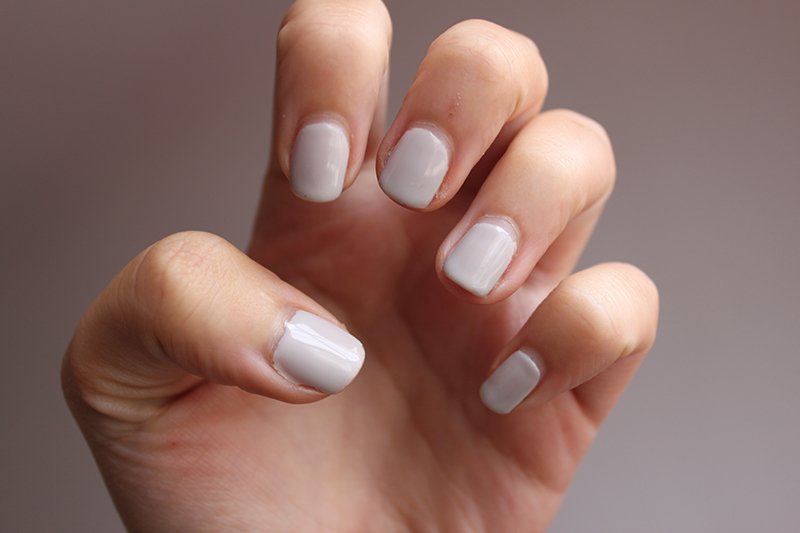 One week in I remained quite happy with the Shellac, it was nice not to have to paint my nails every other day, they were still very shinny although they had begun to grow out and one of my fingers had a tiny chip. 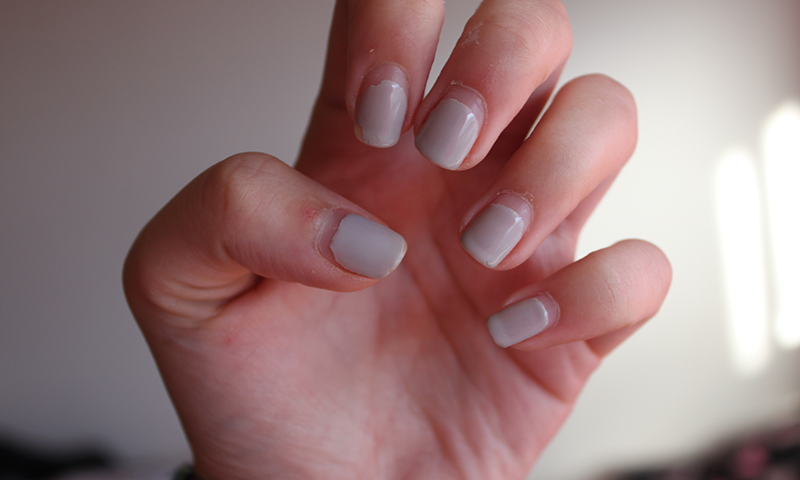 On the second week I wasn’t quite as impressed. Shellac’s are suppose to last 2 weeks but have heard people say it last 3-4weeks! They remained shinny but I was beginning to get fed up of the grey, they had grown out half a cm in just 2 weeks and quite a few fingers now had chips. Obviously this is just my own opinion, not everyone gets as bored as quickly as me and some peoples nails grow far slower than mine.

Not too sure I would get Shellac again, I don’t think I would if I had to pay for it at least, although I think it may work better for others. If you’re nails don’t grow too quickly and are looking for something which is lower maintenance than nail polish then it is worth looking in to especially for holidays or special events.