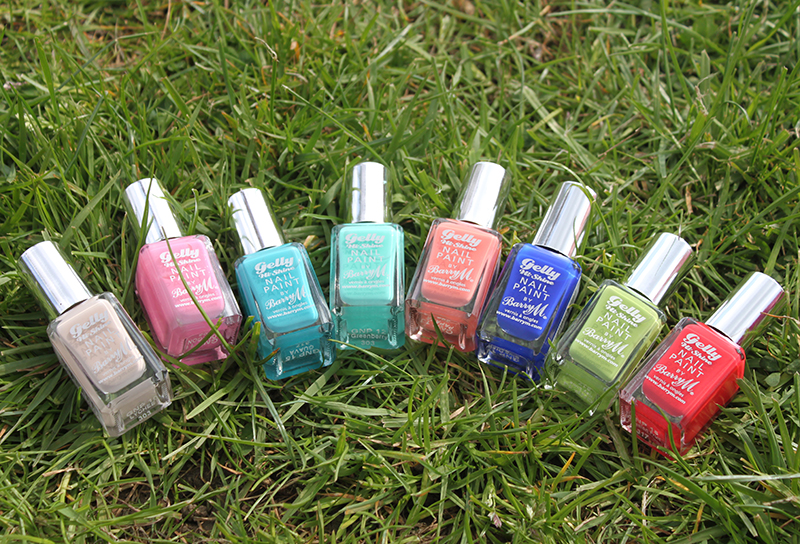 Today has been a beautiful day in London- why can’t every sunny Monday be a bank holiday. I spent it in the park with friends and family but managed to get some time to swatch a few nail polishes to share with you.

The Barry M polishes seem to be quite popular at the moment, I mentioned before that I was begining to fall out of love with Barry M as they just weren’t doing anything new but they have recently brought out some exciting new things! 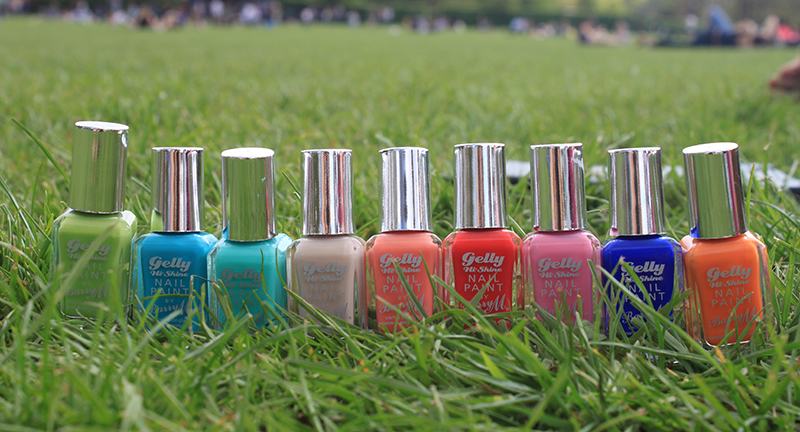 I have been very impressed with the colours from their Gelly Hi-shine range and have been giving them all a good go. The application is where I would say this nail polish is let down a little, as it is quite thick you have to be very careful not to overload the nail especially on the second coat as it will easily move the first coat. Other than that the finish is great, very shiny as you would expect. It dried really quickly and I don’t have any particular problems with chipping. Where the range shines is the colours as there are some real gems! 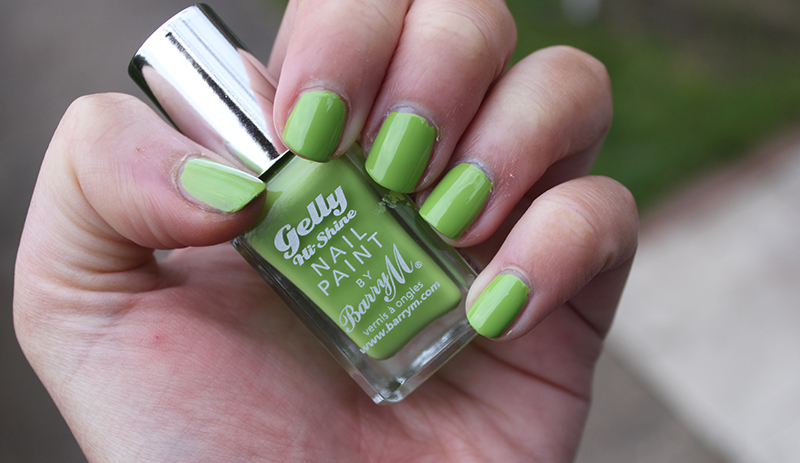 Key Lime*
Probably the one that caught my eye first as it is quite a daring colour in my opinion. Its a yellow based green and if Kermit the Frog ever became a nail polish this is what he would be. Also quite similar to Ciate Mojito which I blogged about a while back, but much cheaper. 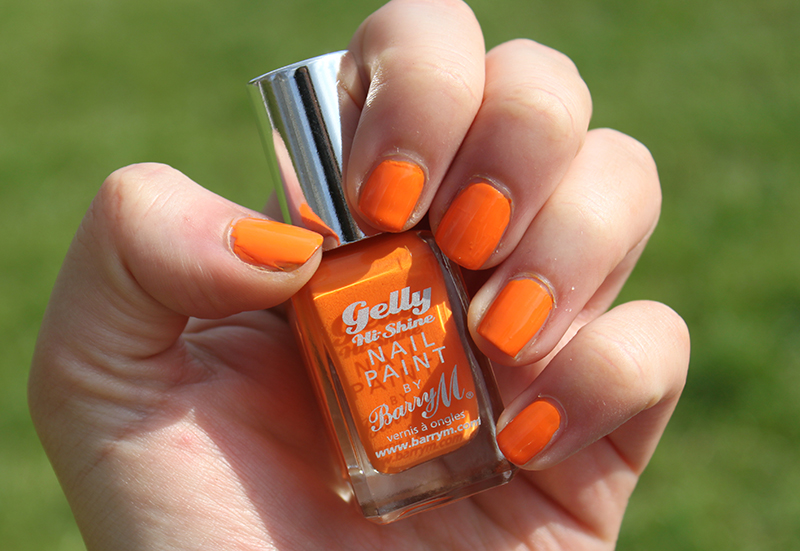 Mango*
Very bright orange which I think would quickly become a summer favourite with everyone although it didn’t apply as well as I had hoped. 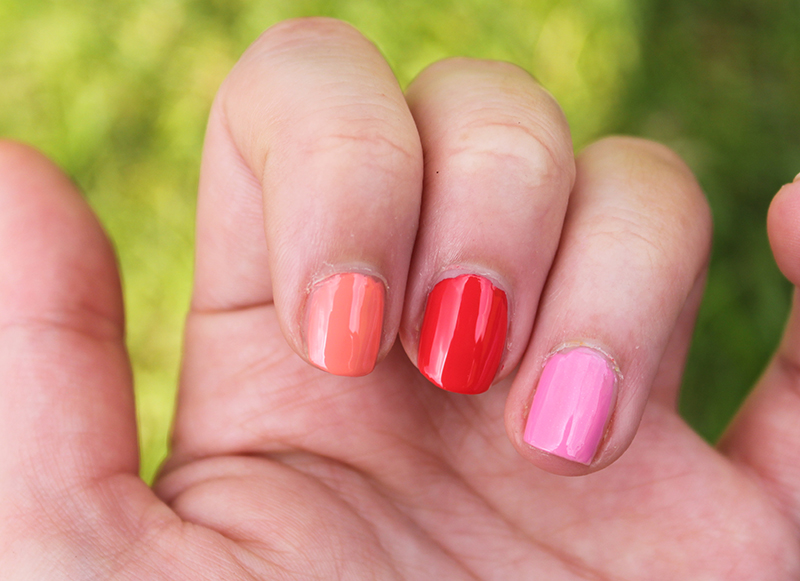 Left to right
Papaya
A bright peach, a darker sister to the famous Barry M Peach Melba
Passion Fruit*
Initially I really wasn’t too fussed about this colour but it’s actually very pretty. A bright red which leans slightly to the pink side but really beautiful! (and I never like pinks or reds)
Dragon
The one polish I would say there is nothing special about, just a boring barbie pink with a very slight shimmer. Although others may like it isn’t for me! 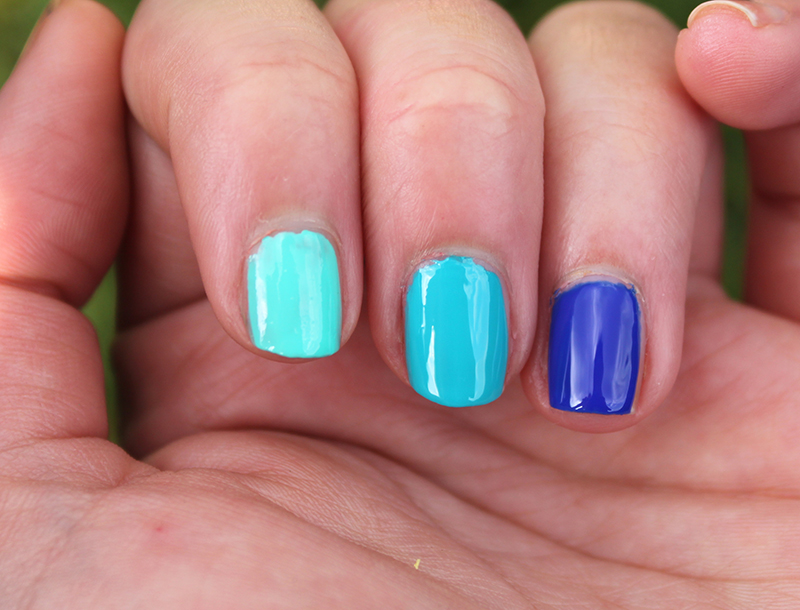 Left to right
Greenberry
Needed another coat but is a beautiful colour! A beautiful mint green/blue which really accentuates a tan
Guava*
A dark turquoise
Blue Grape*
I LOVE this shade which is a bright navy, it reminds me of a higher end nail polish I shared recently but I’ll feature that in a dupe post soon! I also posted a picture on Instagram of me wearing it… 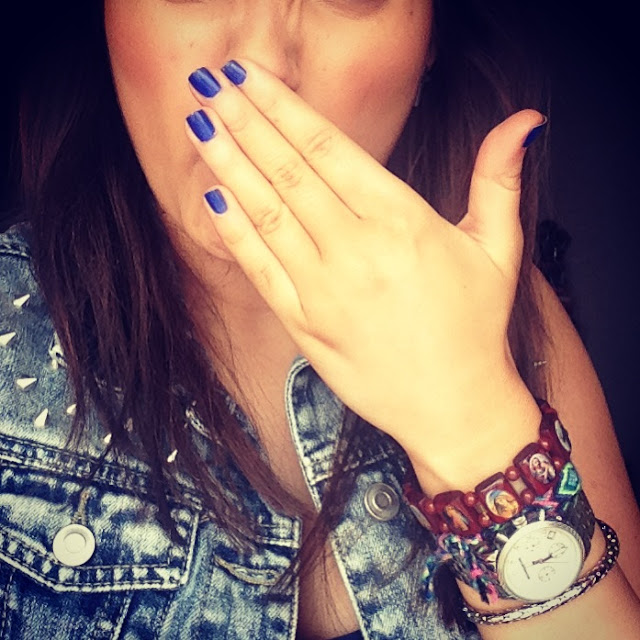 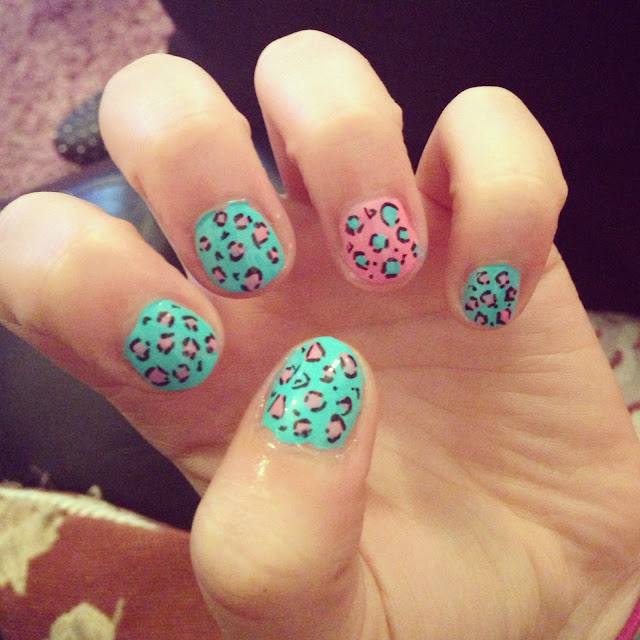 *Limited edition and part of Summer 2013 collection
What colour is your favourite?
ps please ignore my cuticles they need some TLC!
Twitter/ Facebook/ Bloglovin’