I’ve wanted hair extensions my whole life, they’re a bit of an investment but what I was most concerned about is the fact they could potentially ruin my hair in the long run. I have never really wanted very long hair but instead was looking for a little extra volume although a bit of length would be a plus. I’ve tried clip-ins which I do think are great but they don’t recommend you wear them daily and it seems a little strange to have very long hair one day and short the next.

I asked everyone I knew that had tried some sort of hair extensions and spent hours on Google but I was never given a concrete answer and everyone was telling me different things. Would it ruin my hair? Was I really choosing the best option? It seemed that everyone favourited what they used and were shocked that you would even consider something else.

In the end I came to the conclusion that they all have their pro’s and con’s, at the end of the day you are attaching something to your hair for a prolonged amount of time which could cause some damage but I was always told that as long as you were careful enough they could cause no damage at all.

I was then recommend to try Vixen and Blush a small salon that does just hair extensions, I’d seen some of their previous work which looked great and very natural so I went for it (with a little more Googling, naturally.)

I went for a free consultation a few weeks before at their salon in Vauxhall, we discussed which hair would work best for me, what sort of length I wanted, what I wanted the end result to be like and most importantly they made sure my hair could handle the weight. What surprised me the most on this day was the amount of rules (but more on that later).

I went in for my three hour session a few weeks later and had about a 3/4 head installed (I feel like I should be talking about a kitchen or a computer software.) I took my laptop but the girls there are all so lovely the time really flew by. They custom blend each section of hair to match (or be slightly different if you wish) your own colour, they then apply them with a tiny hoop and use a plier to flatten the hoop and secure them in place. They then cut into the extensions to the length I wanted and blended them in with my natural hair so that it all looked real. They used Russian hair on me and used slightly smaller hoops towards the top of my head as my hair is a little thinner. I tend to run my hands through the top of my hair so we also decided that they wouldn’t really work all the way up to the top.

Once it was in done and styled they went over the do’s and don’t. The main ones were; don’t flip your head upside down (especially the beginning as the hair is quite tight), don’t tie it in a high/tight ponytale, sleep with it tied up, no conditioner in the roots, keep roots clean and no salt sprays. For me the biggest shock was no turning your head upside down and no high ponytales as this means I couldn’t put my hair in a turban after the bath and no more messy buns. 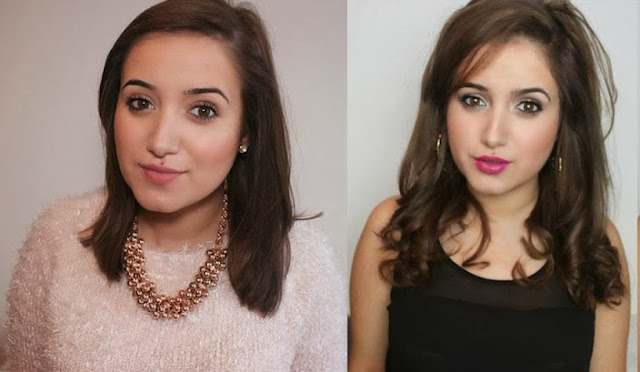 Before and After
The first few days were okay, I wasn’t overly happy leaving the salon but that was simply because they dry your natural hair really flat. Once I got to do it all myself I was really happy as I was able to add the volume. I was told they are really tight and painful but I would say they just feel a little strange at first and you can feel a slight pulling however I didn’t even have any troubles sleeping at all.

I reached about the end of week two and I was ready to get rid of them, it was a really busy week and I was just struggling with the change in drying time which had basically doubled but now two months in I am so glad I didn’t. After that I got use to them, it doesn’t take quite as long to dry as I know what I am doing and I’m so use to them I am worried about getting them out!

Since getting them I am always on the look out to see who else has them and I always ask about them. These are by far the best I have seen (and I have seen some awful ones!) as they are really neatly applied, with even pressure on the hair and the rings are also smaller than most others I have seen.

I am so glad I went to Vixen & Blush and wouldn’t go anywhere else for Micro rings, I feel that because they only do extensions that is where their expertise and passion lies. They know exactly what they are doing and seem very happy to correct any problems you may have (sometimes you may need a ring removed after the first week because it’s too visible/uncomfortable) 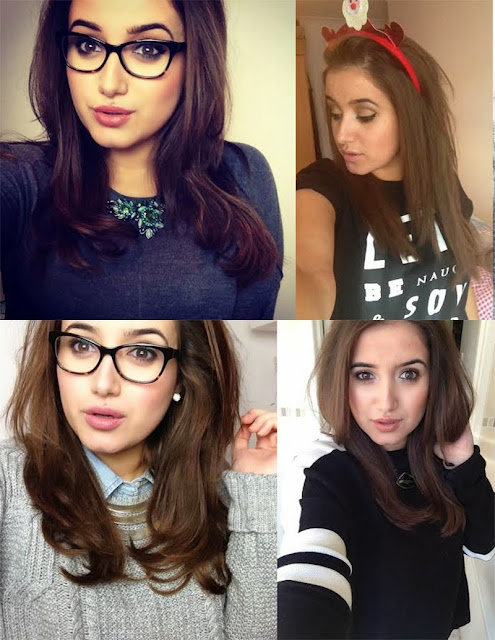 So the big question would I get them again?
In short, yes. I absolutely love them and have been getting lots of compliments on my hair and no one has ever suspected it to be fake. They last about three months which means I will be getting mine out in February and I actually think I’ll miss them. I think I will remove them for a few months just to have short hair for a little bit. I’d highly recommend Vixen & Blush and although it may be a little out of the way (currently in Vauxhall but opening in Shoreditch soon) it really is worth making the effort to get there. If you’re still not completely sure I’d at least book in for a consolation with the lovely girls.

For more info/prices check out the Vixen and Blush Website and Twitter page. I have also included a video I though you might find interesting but let me know if you have any questions below.