If you were on Twitter at all last week you will know that Christian Louboutin have release Christian Louboutin Beaute. For those of you that don’t know the iconic Louboutin red sole came about when he used his assistants red nail polish (rumoured to be Revlon) to paint the sole of one of his shoes so it makes perfect sense for the first beauty item to be released to be nail polishes. 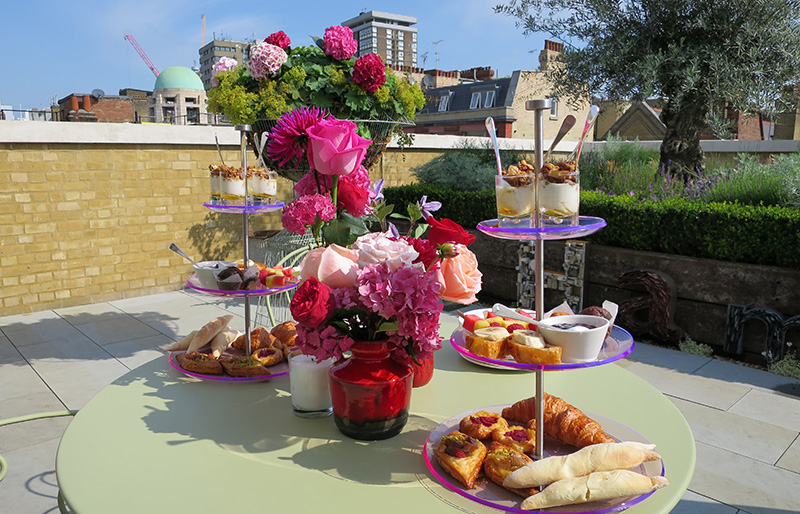 I was fortunate enough to go to the launch last Friday, see the product in real life and have my nails painted in the iconic Louboutin red. When I first heard about the move to beauty I was a little worried it was going to be tacky but I actually think it all fits perfectly within the brand.

The polishes you can see in the first image is the Rouge Louboutin which is the classic red which matches the sole of the shoe. All the nail polishes have a pointy end although this one is the longest and is the same length as the highest shoe heel. There will also be three collections of ten polishes released the Pops, Neutrals and Noirs with some absolutely beautiful colours in there. 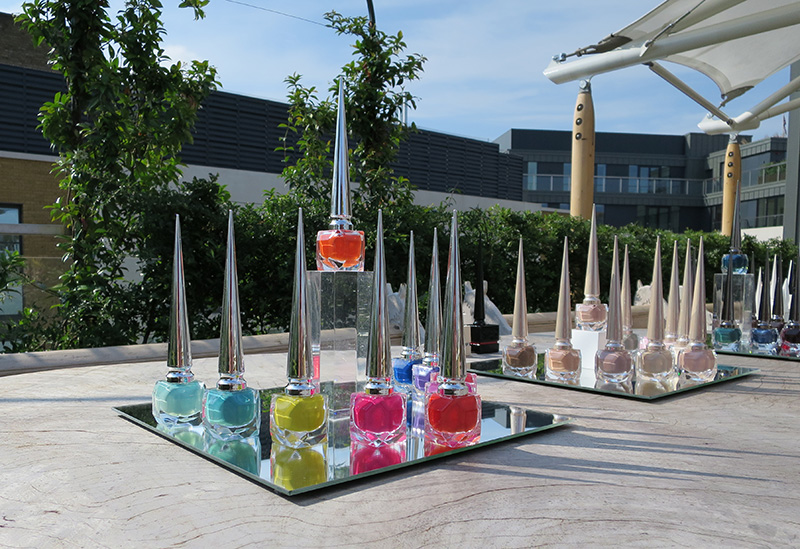 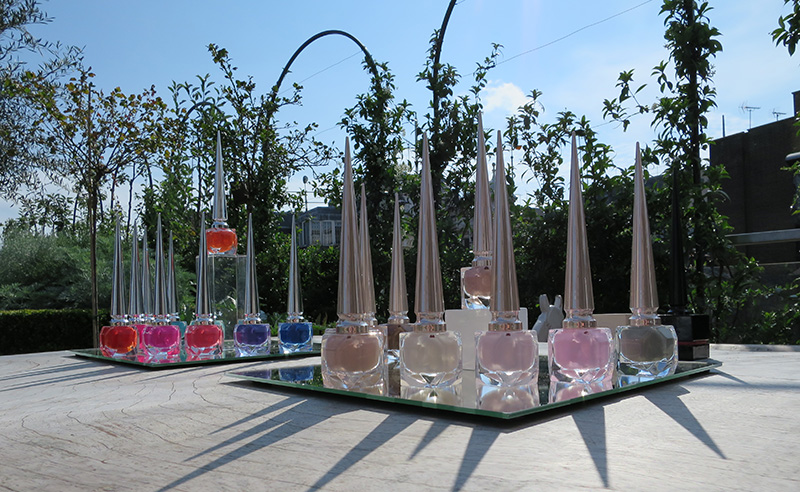 So what do I think? I am happy to report it doesn’t feel or look as tacky as I feared it may but that said these nail polishes retail for £36. I personally struggle to hand £36 over for a foundation so they are very expensive in my opinion even in comparison to Dior, Chanel and even Tom Ford. However I don’t think these polishes are really aimed at me, I have far too many polishes to ever pay a Louboutin polish the love it deserves. It would look beautiful displayed on a dressing table or even in a walk in shoe wardrobe (which I obviously don’t have!) I personally would worry about how I would realistically be able to fit this in with any of my other nail polishes in their storage boxes.

But even still I would quite like one for my collection just to look at ever now and then. Theres something about them, maybe it’s the classic Louboutin name that still attract me to them. I never like reds but I’m actually really loving the Rouge colour I currently have on.

They will be available in stand alone Louboutin Beaute Stores and in Louboutin shoe stores rather than in the beauty halls.