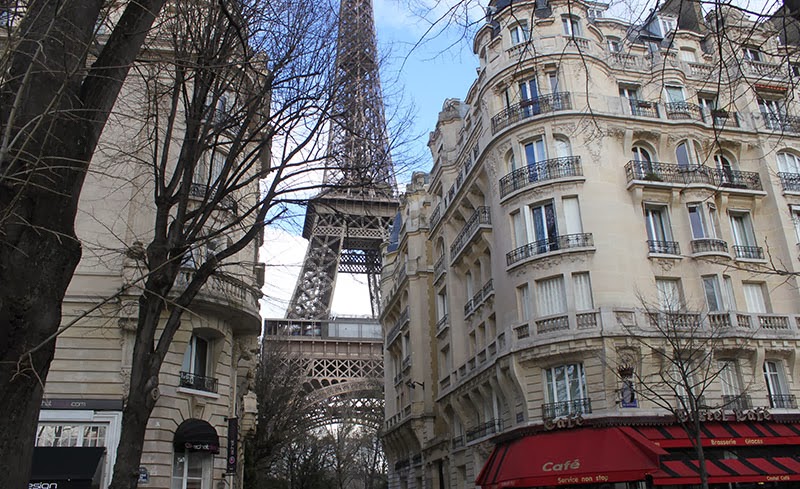 Paris is my favourite city (apart from London of course!) and I would happily move there if only I could speak French! I thought I would share a quick guide on my favourite sights to see and what order to do it in, just pack your walking shoes! 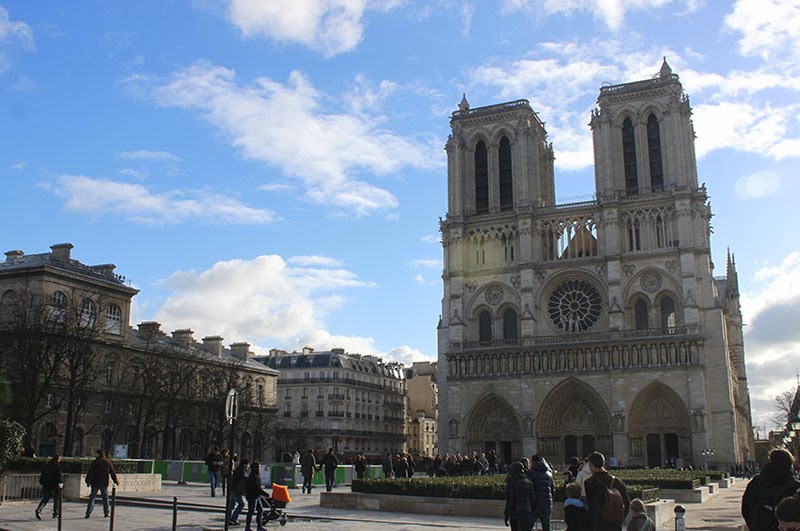 1. Notre Dame
Probably not my favourite sight to see although from the outside it is beautiful. It’s a great place to start if you are planning to walk the same route as I did. 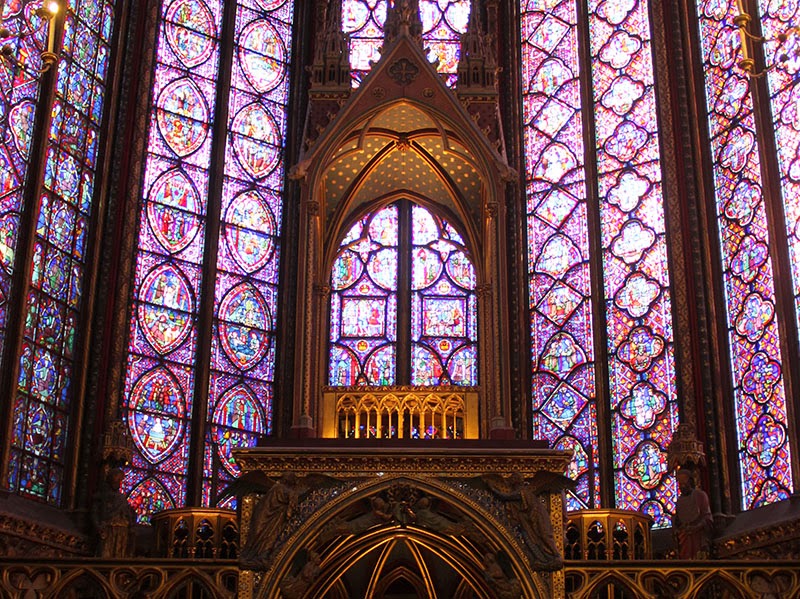 2. Saint Chapelle
Not spoken about much but absolutely breathtaking inside, I’ve never seen such beautiful stain glass  windows and would highly recommend taking a look. Free for under 26’s which leave in the European Union which is a nice plus. 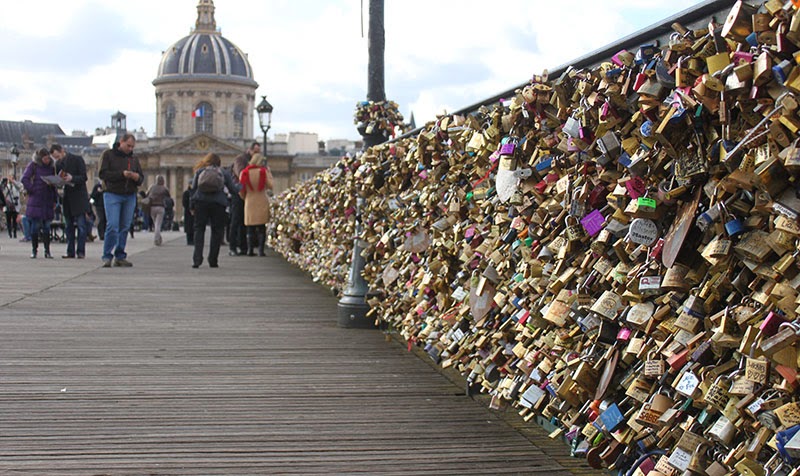 3. Pont Des Arts
The Love Lock Bridge is quite popular with couples but it’s quite impressive just to look, it’s crazy just how many locks it really has! It’s also situated right next to the Louvre so a nice little stop of. 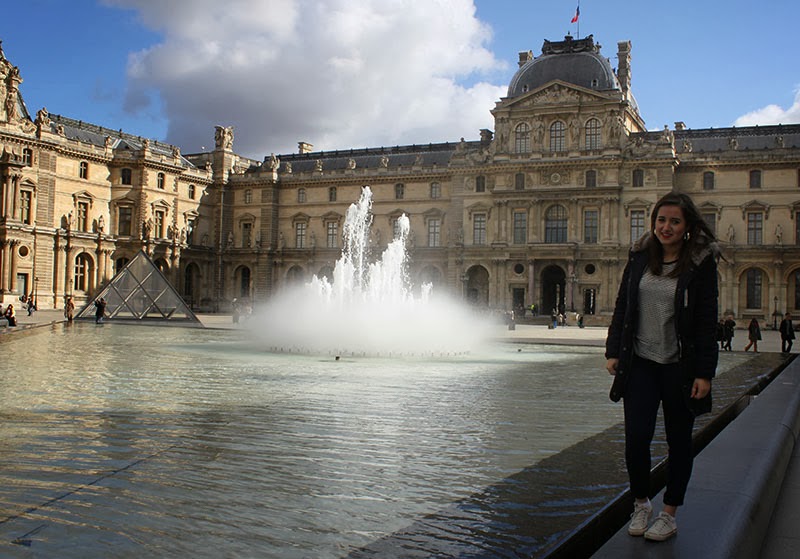 4. Louvre
The Louvre isn’t my favourite museum/art gallery ever but it’s still worth a look (especially if you’re under 26 and a resident in Europe as it’s a free entry). Most people recommend an entire day but if you don’t have that to spare pop in to have a look at the grounds, glass pyramid, architecture and pick a few pieces you particularly want to see. Most famously it houses the Mona Lisa which is what I went to see.

5. Rue de Rivoli
One of the most famous roads in Paris which fits in perfectly with my route, filled with commercial stores.

6. Place de la Concorde
I don’t have a huge amount to say about this as I just don’t know too much. It’s a large public square which houses a statue of Cleopatras Needle.

7. Champs-Elysees
Has some great shops from a huge Sephora, a great H&M (cheaper than in the UK), Louis Vuitton and some nice pharmacies. Also said to be one of Paris’s most beautiful streets. 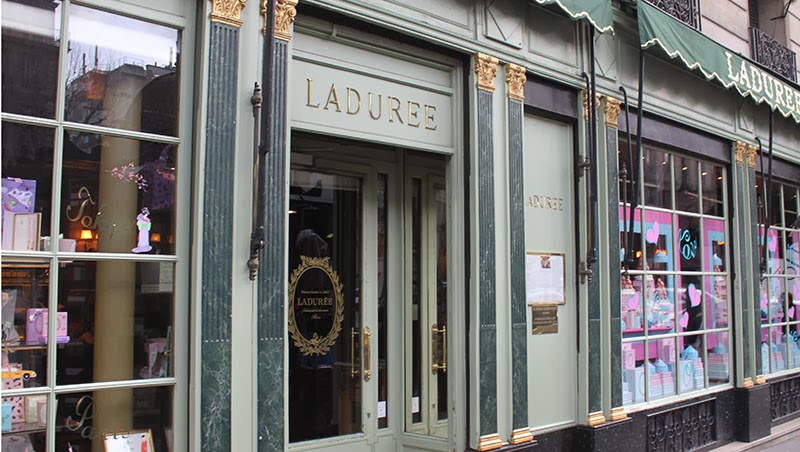 8. Laduree
I couldn’t go to Paris without eating some Macaroons and Laduree really do offer the best! A little on the pricey side but absolutely delicious and there a good range of flavours. 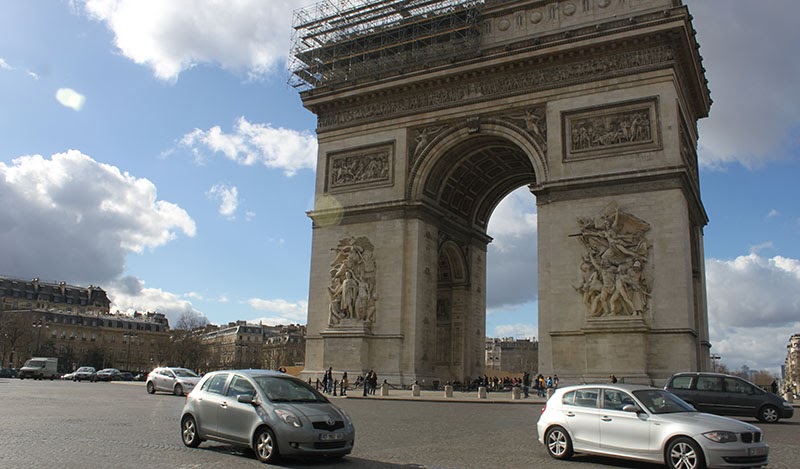 9. Arch De Triomphe
I have no idea how people drive around this round about, it is absolutely crazy and seems to have little/no rhyme or reason to it. You can also go to the top which I’m sure has a nice view of Paris.

Although you can walk from 1-9 I’d recommend now getting the train to see the Eiffel Tower, you’ll be tired by now, trust me!

10. Eiffel Tower
Arguably Paris’s most known landmark, far more impressive at night with all it’s sparkly lights but the whole area is nice for a general stroll. If you are planning to go to the top be prepared to join the long queue. 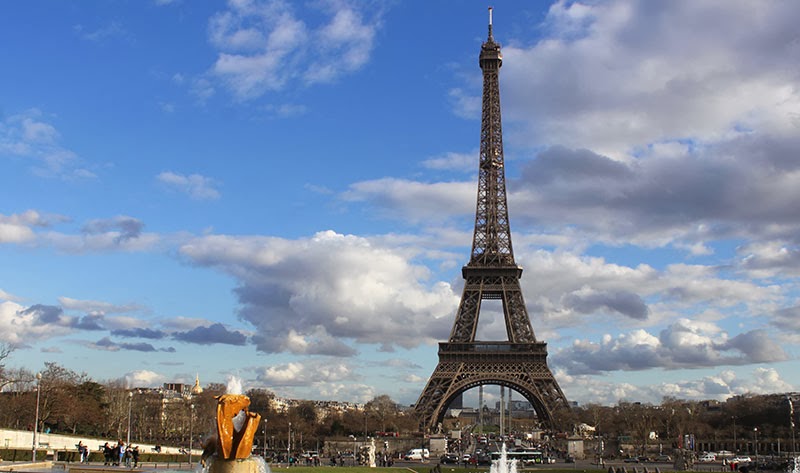 11. Trocadero
The best place to view the Eiffel Tower and also often has various street performers if you go during the day. If it’s a nice day it’s a great place to just sit, relax and take in the surrounding- I didn’t want to leave!

12. Sacre Couer
I’m not sure if you should do this before or after everything else as it’s quite out of the way. The building itself is beautiful and it is surrounded by stalls, gift shops (quite reasonably priced) and not too far from the Moulin Rouge. This is my favourite view of Paris and it’s free! It is situated in one of the ‘roughest’ areas of Paris but I think that really adds to it’s charm and I wouldn’t say you can really tell from the Sacre Couer too much. Also a great place to take a break and view the whole of Paris.

Extras:
If you have time I really enjoyed visiting the Palace of Versailles but this would need a whole other day as it’s quite far out of Paris. A boat trip along the Seine is also amazing, go just before sunset as you’ll get to see everything in day light on your way but it will all be pretty and lit up at night on your way back.

Tip:
Download the Paris Metro app; it’s your bible for getting around. 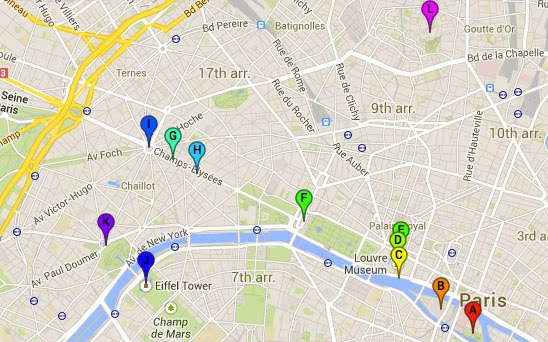 I’ve put together a Google Map route here if you want to see where everything is.

I also uploaded a follow me around Vlog which is below!

I stayed with family this time around but I blogged about the last hotel I stayed in.

It would be great if you could all leave me tips on what to see next time in the comments. I also haven’t mentioned any places to eat so I would love some restaurants and hotel recommendations below in the comments…

Would you be interested in a London version of this post, with more slightly less touristy things to do?